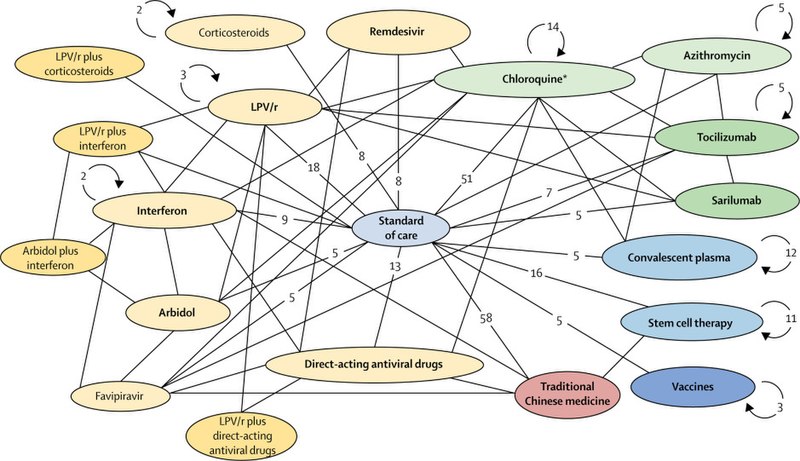 The medical journal The Lancet has retracted a paper that had previously brought global clinical trials on chloroquine and hydroxychloroquine as a treatment for COVID-19 to a halt, due to the discovery of serious problems regarding the data presented in the paper.

The paper’s retraction was requested by its lead author, Professor Mandeep Mehra, the medical director of the Brigham and Women’s hospital in Boston, Massachusetts, saying that he could no longer vouch for the accuracy of the paper’s data. That data, provided by Surgisphere, a Chicago-based data analytics firm, suggested that the use of chloroquine and hydroxychloroquine, two proven anti-malarial treatments, were not only ineffective in treating COVID-19 patients, but that they also increased the chances of death in patients by causing fatal irregular heart rhythms. These findings prompted the suspension of numerous large-scale trials of the drugs being conducted around the world, including the World Health Organization’s megatrial of hydroxychloroquine, out of fear for the test subjects’ safety.

Upon examination by outside investigators, the validity of the data presented in the paper was called into question, with odd anomalies, such as the data for a group of patients in Asia being attributed to a hospital in Australia, appearing to undermine the integrity of the paper’s findings. Surgisphere agreed to an audit of their database by an independent company, but stated that they would refuse to give the investigators access to all of the requested data.

“Our independent peer reviewers informed us that Surgisphere would not transfer the full dataset, client contracts, and the full ISO audit report to their servers for analysis as such transfer would violate client agreements and confidentiality requirements,” Mehra explained in a June 04 statement. “As such, our reviewers were not able to conduct an independent and private peer review and therefore notified us of their withdrawal from the peer-review process.”

An investigation into Surgisphere itself revealed that most of the company’s employees have little or no data analysis or scientific background, including their science editor, listed as a science fiction author and fantasy artist by trade. In addition to the company having very little in the way of an online presence, the company’s chief executive, Sapan Dasai, has been named in three medical malpractice suits (he is trained as a vascular surgeon), and has authored numerous studies on COVID-19 but has so far failed to adequately explain the studies’ data or methodology.

The suspended hydroxychloroquine and chloroquine trials have since resumed, and at least one other study based on data provided by Surgisphere has been pulled by The New England Journal of Medicine.

Subscribers, to watch the subscriber version of the video, first log in then click on Dreamland Subscriber-Only Video Podcast link.
2020-06-11
Previous Headline News Post: The Mysterious Geomagnetic Anomaly in the South Atlantic Might Split in Two
Next Headline News Post: Is COVID-19 Caused by a Genetically-Modified Frankenvirus?