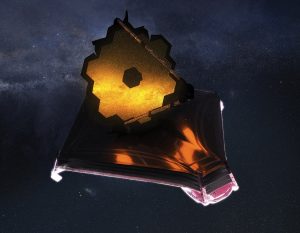 The James Webb Space Telescope is just weeks away from commencing its gathering of scientific data in earnest—already, the high-flying observatory has discovered a handful of distant galaxies while it was merely being calibrated—a mission that will allow astronomers to peer far deeper into the universe than ever before. But another ability designed into the JWST is to analyze objects closer to home, such as exoplanets that are only a few tens of light years from Earth. To that end, the JWST team has announced two of these exoplanets as research targets: the lava-covered 55 Cancri e, and LHS 3844 b. Both planets are classified as “super-Earths”, rocky planets that have masses larger than that of our home planet.

The first of these planets, 55 Cancri e, is a planet with a diameter nearly twice that of the Earth’s found in a binary system 41 light years away in the constellation of Cancer. It is in an extremely tight orbit around the system’s Sun-like main star; with that orbit being only one twenty-fifth of the distance between Mercury and the Sun, a year on 55 Cancri e lasts only 18 of our hours. Due to its intimate proximity with its host star, researchers estimate that temperatures on the surface of the planet is more than 1,700°C (3,100°F), far surpassing iron’s melting point of 1538°C (2800°F).

Needless to say, astronomers expect the surface of 55 Cancri e to consist entirely of molten lava, since the silicate minerals that make up terrestrial lava have an even lower melting point. Because of JWST’s sensitivity, the telescope should be able to image the planet’s atmosphere—provided it has one to see. If there is one present it could be “a thick atmosphere dominated by oxygen or nitrogen,” according to the JWST team’s press release, and the observatory’s instruments will be able to use thermal emission spectrometry to determine what it is composed of.

“If it has an atmosphere, [Webb] has the sensitivity and wavelength range to detect it and determine what it is made of,” according to Renyu Hu, head of the Jet Propulsion Laboratory team making use of Webb’s Near-Infrared Camera (NIRCam) and Mid-Infrared Instrument (MIRI).

Target number two is a much cooler world that orbits a red dwarf star found in the constellation Indus every 11 hours. Like 55 Cancri e, LHS 3844 b is in a close orbit around its home star, but is much cooler, with a surface temperature of 770°C (1,410°F). Although it does not appear to have an atmosphere, LHS 3844 b’s relatively cooler temperature means that it has a solid surface, possibly similar to that of the Moon or Mercury, allowing astronomers to study the geology of a solid exoplanet.

Although JWST won’t be able to image LHS 3844 b’s surface directly, the observatory’s spectrometry equipment will be able to tell researchers what the planet’s surface is made of, using the infrared light patterns emitted from the surface.

“It turns out that different types of rock have different spectra,” explains Laura Kreidberg, with the Max Planck Institute for Astronomy. “You can see with your eyes that granite is lighter in color than basalt. There are similar differences in the infrared light that rocks give off.” After recording the emissions from LHS 3844 b, Kreidberg’s team will compare these light patterns against the ones taken from rocks here on Earth to determine what ingredients the alien world’s geology is made of.

According to Kreidberg, the investigation of both planets is expected to “give us fantastic new perspectives on Earth-like planets in general, helping us learn what the early Earth might have been like when it was hot like these planets are today.”

Subscribers, to watch the subscriber version of the video, first log in then click on Dreamland Subscriber-Only Video Podcast link.
2022-06-01
Previous Headline News Post: The Worldwide COVID-19 Death Toll is Nearly Three Times Higher than the Official Count, According to the WHO
Next Headline News Post: A New Spin on a Classic Experiment Confirms Quantum Superposition