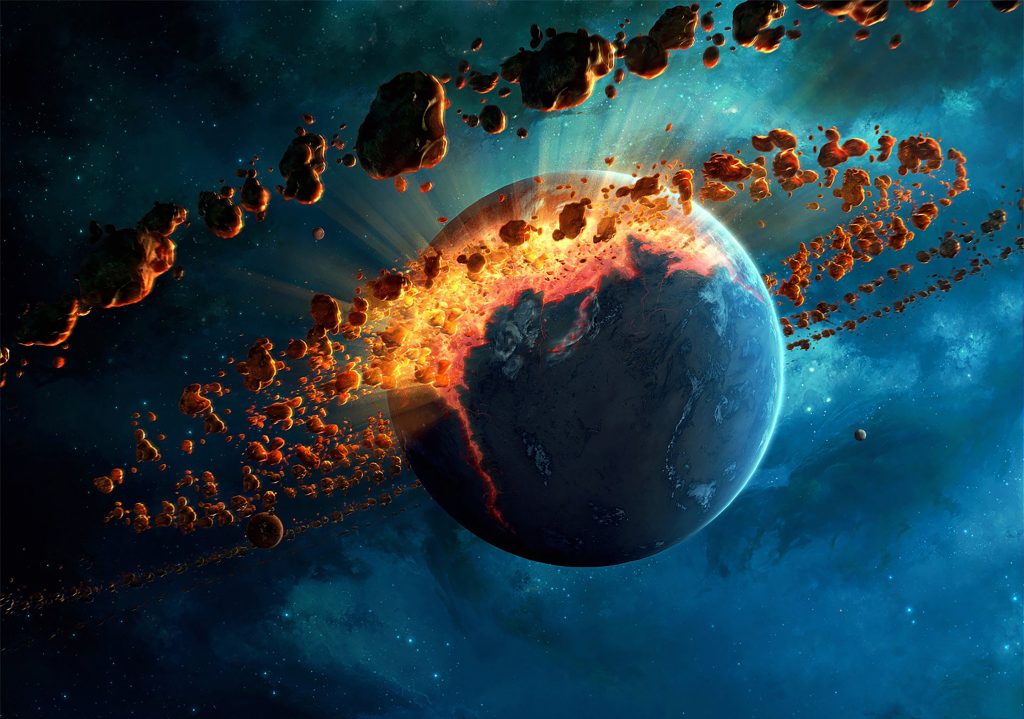 It turns out that the Earth has a ‘heartbeat’: a long, slow geological pulse that lasts for 27.5 million years; marked by clusters of major geological events.  Events including: volcanic activity, mass extinctions, major tectonic plate movements and sea level increases. The bad news is that periodic surges in geological activity often results in mass-extinction events, relegating species to the memory of the fossil record. The good news is that we’re currently in between beats, with the next Earth-sized ‘thump’ not due for another 20 million years.

Geologists have long theorized that there is a long-term pulse to Earth’s geological events, with estimates ranging between 26 to 36 million years, but this new study makes use of recent advancements in geological dating methods to nail down the period of that ‘heartbeat’ to 27.5 million years.

“Many geologists believe that geological events are random over time. But our study provides statistical evidence for a common cycle, suggesting that these geologic events are correlated and not random,” according to the study’s lead author, Michael Rampino, a geologist and professor at New York University’s Department of Biology.

Rampino and his team made an analysis of 260 million years worth of updated geological data.  The study focused on the ages of 89 major geological events that included both marine and land extinctions, major volcanic outpourings of lava (flood-basalt eruptions), events when oxygen was depleted from the world’s oceans, fluctuations in sea level, and changes or reorganizations in the Earth’s tectonic plates.

These 89 events were found to have occurred in 10 distinct clusters, with peaks of activity occurring every 27.5 million years. Rampino’s team was unable however to unearth the mechanism behind the planet’s clockwork-like pulse of activity, although ideas such as long-term cycles deep within the interior of the planet; or similar cycles in Earth’s orbit; have been put forward.

“These cyclic pulses of tectonics and climate change may be the result of geophysical processes related to the dynamics of plate tectonics and mantle plumes, or might alternatively be paced by astronomical cycles associated with the Earth’s motions in the Solar System and the Galaxy,” according to the study text.

“Whatever the origins of these cyclical episodes, our findings support the case for a largely periodic, coordinated, and intermittently catastrophic geologic record, which is a departure from the views held by many geologists,” Rampino explained.  Across an expanse of infinite space and time, intermittent events across epochs cast patterns too distant to be read by the human perspective.  Studies like this offer a glimpse of our place in the bigger scheme of things.

Subscribers, to watch the subscriber version of the video, first log in then click on Dreamland Subscriber-Only Video Podcast link.
2021-06-29
Previous Headline News Post: National Intelligence Directorate Releases Preliminary UAP Threat Assessment
Next Headline News Post: The Pentagon’s UFO Report: The Truth Is Out There, but You Might Have To Dig for It