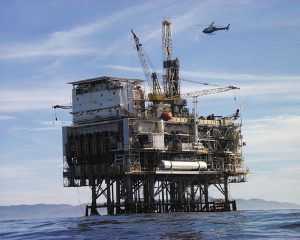 A new report released by the Global Energy Monitor warns that a global increase in the production and use of natural gas could have just as bad an impact on global warming as coal, putting the industry on a collision course with the 1.5°C (2.7°F) target set by the Paris Climate Agreement.

Released on July 1, the report outlines $1.3 trillion in natural gas industry plans around the globe to expand gas production, but warns that this expansion runs contrary to recommendations by the UN’s International Panel on Climate Change (IPCC) that “in order to limit warming to 1.5°C above pre-industrial levels, gas use must decline 15% by 2030 and 43% by 2050.”

Although both the popularity and economic viability of coal as an energy source is steadily waning, the report, prepared by the Global Fossil Infra-structure Tracker and titled “The New Gas Boom: Tracking Global LNG Infrastructure”, warns that increased use of natural gas may have just as great an impact on global warming as its dirtier counterpart might.

“Measured by global warming impacts, the scale of the LNG [liquefied natural gas] expansion under development is as large or greater than the expansion of coal-fired power plants, posing a direct challenge to Paris climate goals,” the report’s executive summary states. The chief component in natural gas is methane, a potent greenhouse gas that has been responsible for 25% of the increase in global temperatures to date.

As an energy source, natural gas produces fewer carbon emissions than oil and coal, although it still sports a less-than-pristine halo: natural gas produces 25–30% less carbon per unit of energy than oil (and 40–45% less than coal), meaning that although the switch to natural gas is responsible for carbon emission reductions in many regions, it is far from the magic pill we need to combat global warming. Additionally, a 2018 study concluded that the leakage rate for the U.S. gas system was 2.3%, 60% higher than the figure previously used by the U.S. government in major natural gas assessments.

“If you have leakage of methane along any step of the way, you can really undermine your case for this being a good solution carbon-wise,” said Roman Kramarchuk, head of scenario policy and technology at S&P Global Platts.

The leaks that occur during the production, storage and transport of natural gas contribute to the growing concentrations of methane in the atmosphere, a powerful greenhouse gas that can have 84 times the global-warming potential of CO2 over a 20-year period. This means that even small leaks can go a long way toward contributing to the problem of a warming planet.

“We know that LNG is not a good answer climate-wise,” according to Ted Nace, founder and director of the Global Energy Monitor. “It might even be pretty foolish financially — for all the reasons that coal turned out to be a bad investment 10 years ago.”

The report states that there is a total of $1.3 trillion proposed for the expansion of LNG terminals in 42 countries, with 70% of those funds (representing 74% of proposed new capacity) earmarked for the U.S. and Canada alone. The global shift toward renewable sources of energy is placing these industry plans at risk, potentially making many planned LNG projects “unprofitable in the long term.” However, the report states that “only 8% of terminal capacity under development has entered construction, there is still time to avoid overbuilding.”