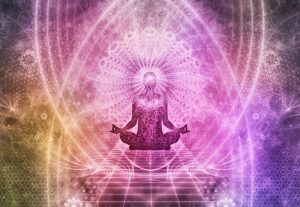 Through analysis of particles from space scientists may have pushed back the age of some of the oldest-known fossils of one of humanity’s early ancestors, the hominid known as Australopithecus, by more than one million years. This discovery stands to revise the human family tree, with the previous assumptions regarding the relationships between some of the different species that made up our distant ancestors now in doubt.

Originally assumed to have lived between 2.1 and 2.6 million years ago, Australopithecus was a genus of early hominins from eastern Africa that included the fossils of the individual named Lucy (A. afarensis), discovered in Ethiopia’s Awash Valley in 1974; the genus that modern humans, Neanderthals and Denisovians belong to, Homo, is believed to be directly descended from Australopithecus.

The largest trove of fossils of species belonging to Australopithecus is found in the Sterkfontein cave system, a complex network of limestone caves situated in South Africa’s Gauteng province, in a region aptly nicknamed ‘The Cradle of Humankind’. Excavations in the cave complex started in the late nineteenth century, eventually unearthing the fossils of approximately 500 individuals belonging to Australopithecus.

Previous dating methods pointed to an era when these species made use of the caves between 2.1 and 2.6 million years ago, but a new calibration that measures the trace elements trapped in quartz crystals found in the surrounding rock that encased the fossils points to these individuals having lived during a much earlier period.

When elements such as aluminum and beryllium are struck by high-energy cosmic rays they produce new isotopes—the same element but with one or more extra neutrons in its nucleus—of these substances. Many of these isotopes are unstable and will decay back into their previous states, and will do so at a predictable rate for each element, allowing researchers to accurately date the formation of the substance that contained these elements; this is the same process behind the carbon-14 dating method.

The research team analyzing the Sterkfontein fossils made use of the isotopes aluminum-26 and beryllium-10 for their dating efforts, a method considered more reliable than previous techniques such as uranium–lead dating or palaeomagnetic analysis; their analysis produced a date range for the fossils between 3.4 and 3.6 million years ago—more than one million years older than previous estimates.

This substantially earlier date casts the timeline of the species found in the Sterkfontein cave (A. africanus) in an entirely new light, suggesting that these individuals were actually contemporaries of A. afarensis (such as Lucy, over 4,500 kilometers (2,800 miles) away in modern-day Ethiopia), rather than being descendants of their northern counterparts.

“The contemporaneity of the two species now suggests that a more complex family tree prevailed early in the human evolutionary process,” according to the study text. “The dates highlight the limitations of faunal age estimates previously relied upon for the South African sites.”

The research team cautions that because some artifacts can collapse downward into older layers of sediment before the mixture fossilizes there could conceivably be some younger fossils found alongside much more ancient specimens. Regardless, they say that this new finding provides “a fuller picture of hominin presence and evolution in southern Africa, and increases the geographic range and taxonomic diversity of hominins” at that remote point in history, and in turn prompting the question of how this might affect the family tree our own species belongs to.