GMO Bacteria May Save Honey Bees From CCD 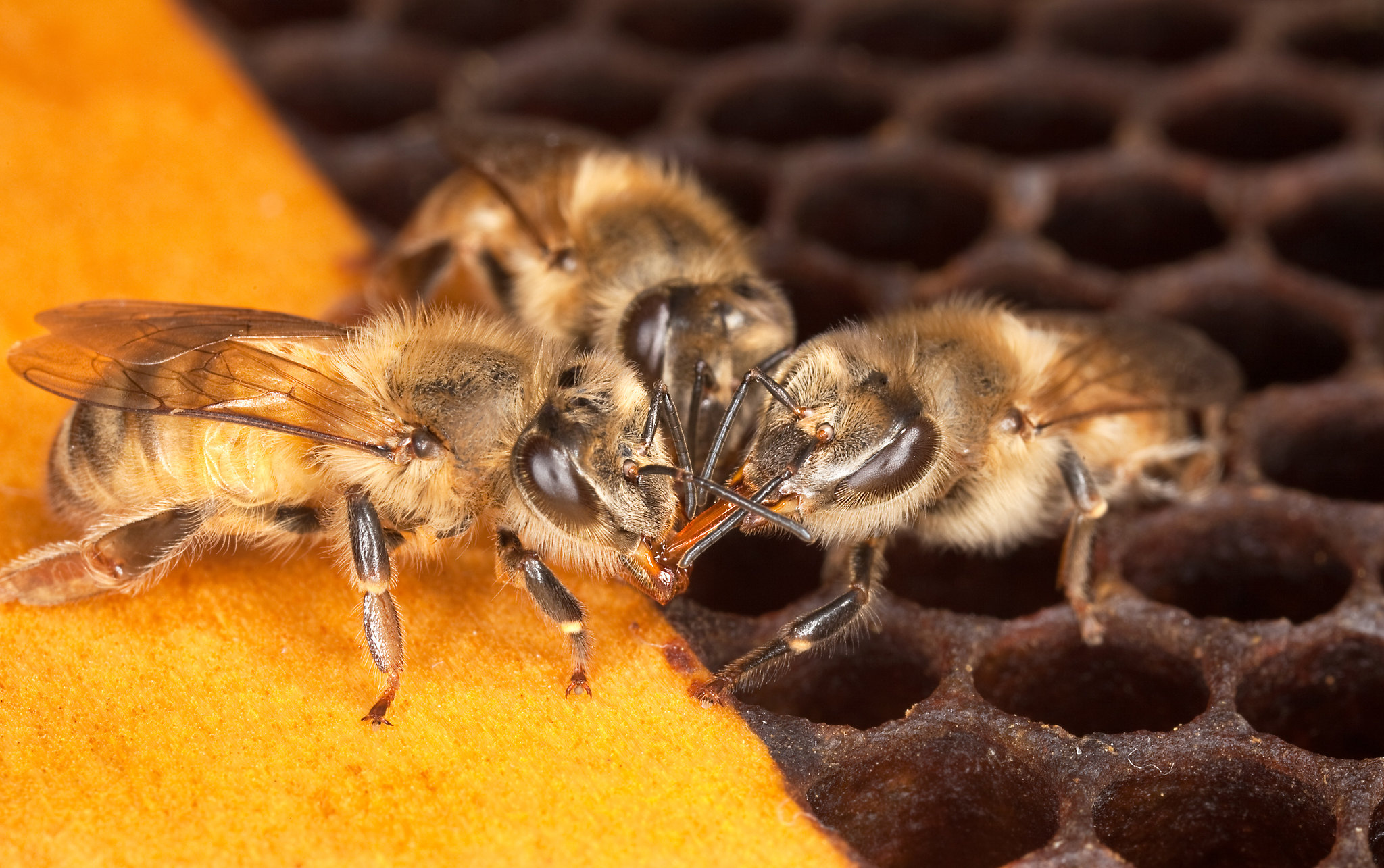 Researchers at the University of Texas at Austin have developed a novel method of combating one of the suspected causes behind colony collapse disorder (CCD) that has been affecting beehives around the world: genetically-modify the bacteria that live in the insects’ guts.

Although there has been a number of proposed causes behind the worldwide decline in bee populations, such as the widespread use of neonicotinoid-based pesticides, one of these causes is a parasitic mite plaguing the insects called the Varroa mite, and an accompanying host of viruses spread by the mite that infects bees, including one called deformed wing virus (DWV).

Two strains of bacteria were genetically altered by the researchers to naturally produce medicine, one that would target the mites, the other targeting the virus. When tested against control groups of infected bees, those that were inoculated with the DWV-fighting bacteria were 36.5 percent more likely to survive a ten-day period than their non-inoculated counterparts; the bees inoculated against Varroa mites themselves fared even better, having a 70 percent chance of surviving over the same period of time.

“This is the first time anyone has improved the health of bees by genetically engineering their microbiome,” according to Sean Leonard, a graduate student and study co-author.

The chances of the genetically-modified bacteria running rampant in the wild is extremely low, as the researchers used a strain that is highly specialized toward life in a bee’s gut, and cannot survive for long outside of that environment. The medicine that the bacteria produces promotes a response in the bees’ immune systems called RNA interference (RNAi); typically, this response is only triggered after an RNA-based virus, like the DWV virus, has already started replicating within the host, but the compound released by the altered bacteria proactively prompts the bees’ immune systems to defend against the virus before it has a chance to start duplicating itself. This same RNAi response is also triggered in the invading mites—but in their case the response is lethal.

The use of genetically-modified bacteria to synthesize medicines is not a new technique: modern insulin used by diabetics is produced by vats of yeast or E. coli bacteria that have been genetically altered to secrete an insulin that is far closer in composition to human insulin than the bovine insulin that had been harvested from cows in the decades prior to 1982, when the microbe-produced insulin was first commercially introduced.

Although the inoculation itself is a simple process—the bees are sprayed with a sugar-water solution containing the bacteria, which they then ingest—the researchers say that there is more work to be done to determine the effectiveness of this new inoculation technique, and its safety if used in an agricultural setting.