Global Warming has Stolen Precious Milliseconds from Our Days 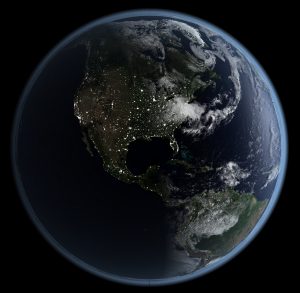 If it seems like the days are running by faster than ever before, that’s because they are…

June 29 of this year was the shortest day on record, with the Earth having spun 1.59 milliseconds faster than the 86,400 seconds that pass in a typical day.  Although the rate of the planet’s spin has been slowly decreasing over the course of its long history, the last few decades have actually seen its rate of rotation increase, and in turn shortening the length of the average day, yet another consequence of climate change.

Over the eons, the Earth has been slowly been losing its rotational energy, an expected effect resulting largely from the gravitational pull from the Moon; for instance, during the waning days of the dinosaurs at the close of the Cretaceous period, the length of a day was about a half-hour shorter than it is now; in the period that predated the rise of multicellular organisms 600 million years ago a day only lasted 21 hours—something to bear in mind when you think you just don’t have enough hours in a day.

But over the past few decades the length of the average day has been getting marginally shorter, with the planet now spinning a little more than 3 milliseconds faster than it did at its slowest point in the early 1970s; for instance, the previous record for shortest day, set on July 19, 2020, was 1.47 milliseconds shorter than normal. Although this increase in the planet’s rotational speed runs contrary to the expected long-term slowdown, its cause stems from a known problem that continues to produce unexpected effects: global warming.

Although global warming has increased the Earth’s average temperature by a little more than one degree Celsius (1.8°F) over pre-industrial levels, the polar regions have warmed at a rate twice as fast as the rest of the planet, reducing the volume of ice near the poles.

With less mass pressing down on the Earth’s surface in those regions the crust has been rising upward, meaning the balance of the Earth’s mass is shifting toward the planet’s center, rather than outward at the equator, where the globe spins the fastest. This changes the Earth’s angular momentum, and just as the rotation of a spinning figure skater increases when they draw their arms in toward their body, the Earth’s spin increases as its mass concentrates closer to the planet’s axis.

Although the cause of the shortening of the day is a steadily growing cause of concern, this shortening of the day has virtually no impact on our daily lives. “Our day-to-day existence doesn’t even recognize that millisecond,” according to Dennis McCarthy, retired director of time at the US Naval Observatory. “But if these things add up, then it could change the rate at which we insert a leap second.” These ‘leap seconds’ have been used by timekeepers since the invention of accurate atomic clocks in the 1950s, much like how our calendars use leap years, to keep the length of a day constant.