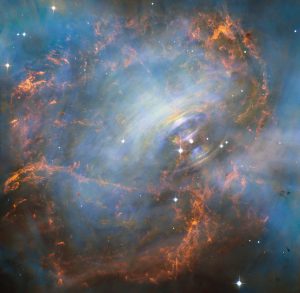 New observations from the Hubble Space Telescope and the New Horizons spacecraft have unveiled the presence of a mysterious glow that permeates the solar system.

This unexplained glow was discovered by the SKYSURF survey, an effort to catalogue the various sources of light within the solar system that can interfere with the observations being made by observatories such as the HST and the James Webb Space Telescope; using 200,000 images captured by Hubble, the survey created a model of the sky that eliminated all known sources of light emanating from local bodies, such as planets, moons, asteroids and comets, and then extended the same process to the stars and galaxies that are beyond the solar system.

After eliminating these sources of light and accounting for a phenomenon known as “zodiacal light”—the sunlight that reflects off of the dust of the inner solar system—the survey team found that there was still a small amount of glow being emitted from an unidentified source. This glow is extremely faint—described by the SKYSURF team as being the equivalent of about 10 fireflies spread across the sky when seen from Earth—but still permeates the space throughout the solar system.

The survey then turned to data gathered by the New Horizons interplanetary space probe to determine just how far outside the solar system this mysterious glow extends: from its far-flung vantage point far outside Pluto’s orbit, New Horizons detected the same glow, but at a drastically reduced intensity, indicating that this unaccounted-for light is a phenomenon particular to the solar system itself.

“Because our measurement of residual light is higher than New Horizons we think it is a local phenomenon that is not from far outside the solar system,” explained Tim Carleton, one of the co-authors of the new study. “It may be a new element to the contents of the solar system that has been hypothesized but not quantitatively measured until now.”

Although it is too early to make a proper determination, the survey team hypothesizes that this glow may be coming from a cloud of dust that surrounds the inner solar system, the remnants of material cast off by comets as they begin to heat up as they enter the inner solar system; however, this doesn’t explain why New Horizons saw the same, albeit less intense, glow.