Extensive Flooding in the U.S. This Spring is being Forecast by NOAA 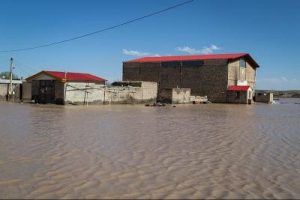 Nearly two-thirds of the lower 48 states are facing an increased risk of flooding this spring, according to the National Oceanic and Atmospheric Administration, with 13 million people in 25 states facing the potential threat of “major or moderate flooding”.

“The flooding this year could be worse than anything we’ve seen in recent years, even worse than the historic floods of 1993 and 2011,” according to Mary C. Erickson, deputy director of the National Weather Service. She goes on to say that the major flooding experienced this month in Nebraska, Minnesota, Iowa and elsewhere is “a preview of what we expect throughout the rest of the spring.”

This forecast is part of NOAA’s annual “Spring Outlook” for March to May 2019. The basins for the Upper Mississippi and Red River of the North were hit with up to twice the normal amount of snow and rain this spring, and above-average rainfall is in the forecast for the season, prompting NOAA’s urgent warning. The agency identified the regions that are at risk for moderate to major flooding, including the upper, middle and lower Mississippi River basins, the Red River of the North, the Great Lakes, and the eastern Missouri River, lower Ohio River, lower Cumberland River and Tennessee River basins.

NOAA also predicts that the resulting chemical runoff from the heavy rains will create “dead zones”—regions with low oxygen levels created by an overabundance of microbes that feed on nitrogen and phosphorus-rich fertilizers—in the Gulf of Mexico and Chesapeake Bay, killing fish and other marine life found there.

Flooding in Nebraska, Iowa and South Dakota has already set over thirty records over a one-week period in mid-March alone, including the complete inundation of the town of Hamburg, Iowa. A preliminary estimate of $1.4 billion in damages was made by Nebraska Governor Pete Ricketts in his request for a federal disaster declaration.

Subscribers, to watch the subscriber version of the video, first log in then click on Dreamland Subscriber-Only Video Podcast link.
2019-03-27
Previous Headline News Post: The 173 Kiloton Explosion that Nobody Noticed
Next Headline News Post: Astronomers Have Made the First Direct Observation of a Planet Beyond our Solar System