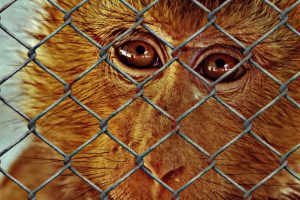 Elon Musk’s neurotechnology company Neuralink is facing a federal investigation involving animal welfare violations, with numerous staff members alleging that the company has caused needless suffering and death amongst its test animals due to rushed studies.

The investigation was started at the request of a federal prosecutor and is being undertaken by the U.S. Department of Agriculture’s Inspector General, focusing on Animal Welfare Act violation allegations brought forward by more than 20 current and former Neuralink employees, along with a complaint made last February by the animal rights group Physicians Committee for Responsible Medicine.

The involvement of the USDA inspector general in such an investigation was described as “very unusual” by Delcianna Winders, the director of the Animal Law and Policy Institute at the Vermont Law and Graduate School; typically the IG focuses on criminal activity, such as dog fighting and cockfighting investigations, rather than looking into animal research facilities.

Although the company’s facilities meet all of the requirements set out by the USDA, Neuralink has reportedly killed approximately 1,500 animals in its brain implant experiments over the past four years, including more than 280 sheep, pigs and monkeys, according to sources with direct knowledge of the company’s animal-testing operations. The 1,500 figure is a rough estimate, due to the company not keeping precise records of the number of animals used in some experiments, such as mice and rats.

While the number of animals killed in the experiments mightn’t directly violate animal welfare laws, the sources say that many of these deaths may have been unnecessary due to failed studies rendered invalid by human error brought about by corporate pressure to produce faster results: an earlier investigation conducted by Reuters uncovered four failed experiments that involved 86 pigs and two monkeys that were compromised by human error, leading to the animals involved being euthanized before the experiment was restarted with a fresh batch of test subjects.

These errors were attributed to a “pressure-cooker” environment fostered at the company, pressure reportedly brought about by Musk’s demand for accelerated progress in developing the company’s neural interfaces. One of the results of this increased pressure was botched surgeries on test animals, caused by an accelerated testing schedule and over-stressed staff; one angry message distributed by an employee complained about the need to improve how the company organizes animal surgeries to prevent what they referred to as “hack-job” procedures being conducted on the test animals.

Five of the sources also raised concerns within the company that a more traditional testing approach, involving testing elements of a study individually and drawing proper conclusions before moving on to the next experiment, was needed; instead, Neuralink conducts studies in quick succession before addressing problems from earlier tests or properly formulating conclusions. The result is that individual tests often need to be repeated, meaning that more animals are needlessly put through the process.

This pressure is coming from the very top of the company, with CEO Elon Musk reportedly dissatisfied with Neuralink’s progress, as rival companies have seen more success in the development of their medical devices, such as Synchron’s implant that allows a user to type text using only their minds; in comparison to the number of animals involved in Neuralink’s trials, Synchron has killed approximately 80 sheep since it launched in 2016.

On numerous occasions, Musk has reportedly told employees “to imagine they had a bomb strapped to their heads” in order to motivate them to work faster, according to three sources; he has also reportedly threatened to trigger a “market failure” at the company if progress failed to meet his expectations.

“There’s this incredible pressure by these Silicon Valley dudes who want their devices on the market, they want to push things forward, but they don’t understand that these things take time,” remarked the director of research advocacy for The Physicians Committee for Responsible Medicine (PCRM), Ryan Merkley. “That leads to—as we’ve seen—botched experiments and animals suffering.”