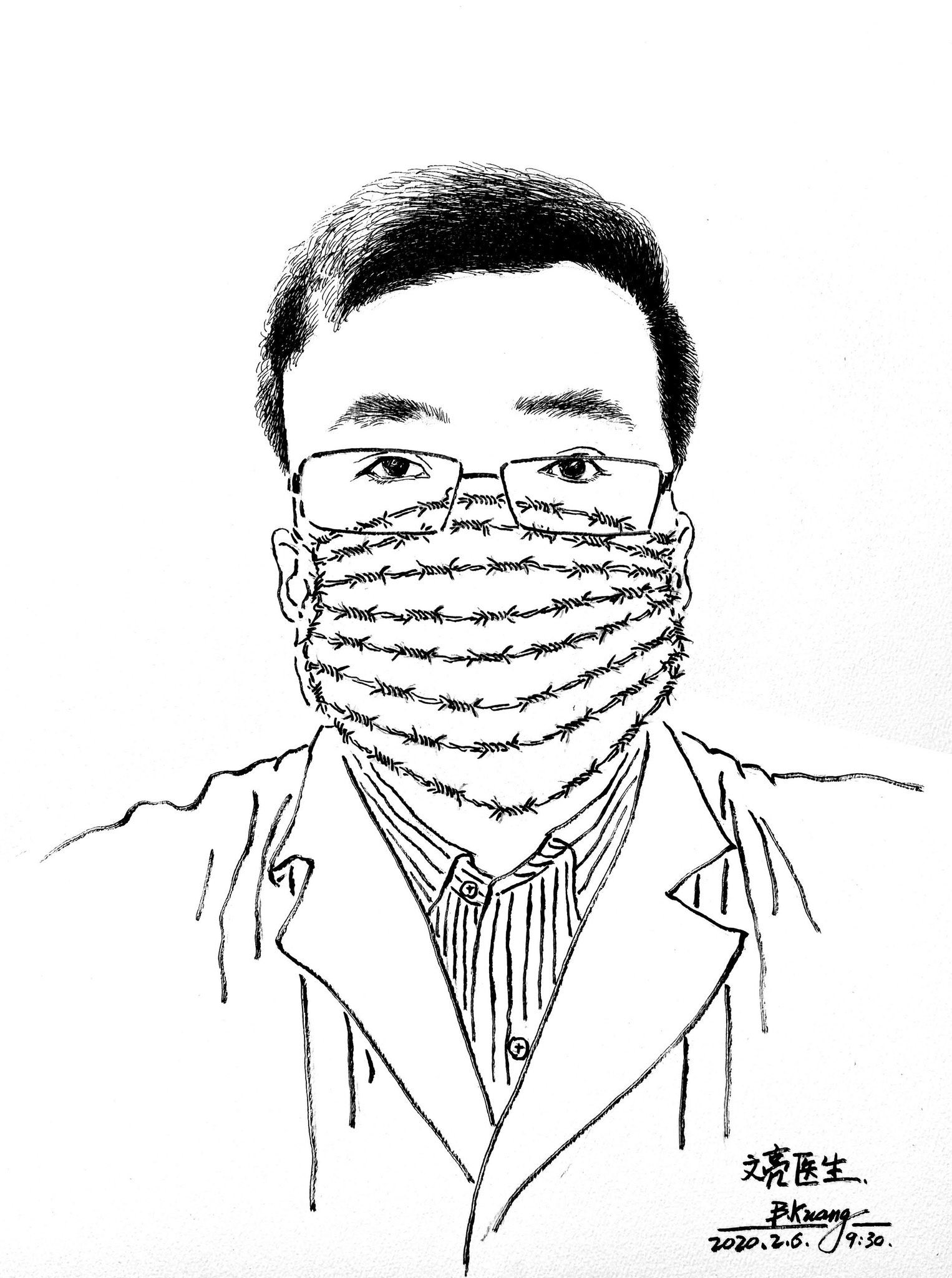 Chinese citizens are outraged over the death of Li Wenliang, a 33-year-old doctor that was amongst a group of whistleblowers censured by authorities for trying to warn their colleagues about the potential spread of what would later be identified as a new coronavirus that was spreading throughout Wuhan, in central China’s Hubei province. Li, having contracted the 2019-nCoV coronavirus during his efforts to treat others that had been infected with the disease, died on February 7 at the Wuhan Central Hospital where he worked.

“During the fight against the novel coronavirus outbreak, Li Wenliang, an ophthalmologist at our hospital, was infected. Efforts to save him were ineffective. He died at 2:58 a.m. on Feb. 7. We deeply regret and mourn his death,” according to a statement posted by the hospital on the Chinese social media site Weibo.

On January 3, Li was amongst numerous individuals accused of “rumormongering” by police in Wuhan; summoned by the police over a December 30 post he made on Weibo warning his colleagues about a number of cases of what appeared to be SARS-coronavirus infections that originated at the Hunan Seafood Market, Li was forced to sign a letter that admonished him over discussing the issue, and that he would promise not to do so again.

Li contracted the coronavirus himself while treating a patient on January 8; two days later he developed severe symptoms—a high fever and a cough—and was admitted to intensive care on January 12, but due to a shortage of test kits he wasn’t positively diagnosed with 2019-nCoV until February 1. Li succumbed to the infection six days later, on the morning of February 7.

Social media in China erupted in grief and anger over Li’s death, with many posts using the situation as an example for the need for freedom of speech in a country where communication is tightly controlled by the government. In the five hours before government censors deleted the hashtag on Weibo, #wewantfreedomofspeech# had garnered over two million views and more than 5,500 posts.

One Weibo post read “I love my country deeply, but I don’t like the current system and the ruling style of my country. It covered my eyes, my ears and my mouth.” Many posts described the outbreak as a man-made disaster that could have been avoided, along with calls for the government to issue an official apology for their treatment of Dr. Li.

The coronavirus outbreak—and by extension, Dr. Li’s death— is the latest in a long series of incidents that have been the focus of coverups by government officials. Chinese citizens live under an implied social contract with their government: they agree to give up personal freedoms in exchange for personal safety and economic prosperity. The outbreak in Whuan and the subsequent quarantine has jeopardized these guarantees, as the outbreak itself threatens the population’s safety, and the future of China’s economy is now uncertain, due to much of the country’s economy having ground to a halt because of the quarantine and strict travel restrictions imposed across China.