Congress is Accusing the Navy of Stonewalling Regarding UFO Information 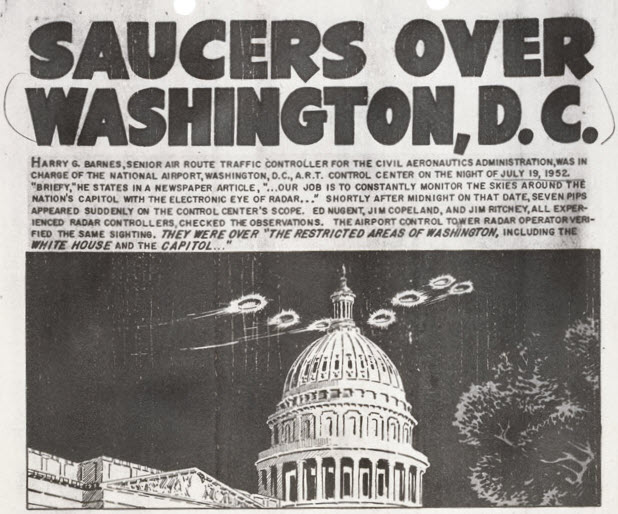 The ranking member of the House Homeland Security Committee’s Intelligence and Counterterrorism subcommittee, Congressman Mark Walker, is accusing the Navy of withholding information from Congress regarding reports on encounters with UFOs, after having officially requested more data on the subject earlier this year.

In July, Walker requested that Secretary of the Navy Richard Spencer provide his Committee with information regarding the nature of the Navy’s investigations into encounters between unidentified aerial phenomena and military personnel. In his letter to Secretary Spencer, Walker stated that as “a member of the House Committee on Homeland Security and the Ranking Member for the Subcommittee on Intelligence and Counterterrorism, these reports are concerning from a national airspace and domestic security perspective.”

Walker expressed concerns that the reports were not “being fully investigated and understood,” especially in light of the apparent discontinuation of the Defense Department’s secret UFO investigation team, the Advanced Aerospace Threat Identification Program (AATIP); whether or not the Navy was continuing to gather and investigate such reports; and also whether or not the Department had uncovered any “physical evidence or otherwise that substantiates” these reports.

Navy Undersecretary Thomas Modly responded in a July 31 letter that “the Department of the Navy takes these reports very seriously and continues to log sightings and fully investigate the accounts.” Walker, however, expressed his disappointment in what he calls the Navy’s unwillingness to provide the committee with more information on the subject, especially in regards to concerns that these unknown craft could pose a threat to the U.S.

“While I am encouraged the Under Secretary of the Navy confirmed that UAP encounters are fully investigated, there is frustration with the lack of answers to specific questions about the threat that superior aircraft flying in United States airspace may pose,” Walker said in a statement issued to Politico.

In an email response, Navy spokesperson Joe Gradisher expressed the Navy’s willingness to accommodate any further requests from Congress for information on the subject. “At this point in time, however, we have not received any new requests for updates on this issue,” according to Gradisher’s email.

Congressional interest in the subject of UFOs, or unidentified aerial phenomena, the term the Pentagon prefers to refer to them as, has grown since 2017 when the Pentagon’s then-secret research UFO program came to light, along with reports of protracted encounters between UAPs and Navy personnel. Members of Congress on several oversight committees have also been receiving classified briefings on the subject, now that concerns that unidentified craft over U.S.-controlled airspace could constitute a national security issue.

Walker is also concerned that private companies or foreign nations might have made significant advancements in aerospace technology, potentially leapfrogging the U.S. in terms of military capabilities.

“If the Navy believes that China or Russia possesses advanced aerospace technologies that represent a national security vulnerability, the American people have the right to know what their government is doing about it,” Walker states.

“The way I look at this: What if [U.S. government agencies] already do know about it but the rest of us don’t?” Walker adds. “I certainly have an open mind to see where this leads us. We are going to stay on the issue and follow through like we said we wanted to do.”