China’s Yutu-2 Finds Goo on the Moon: The Latest News from La Lune 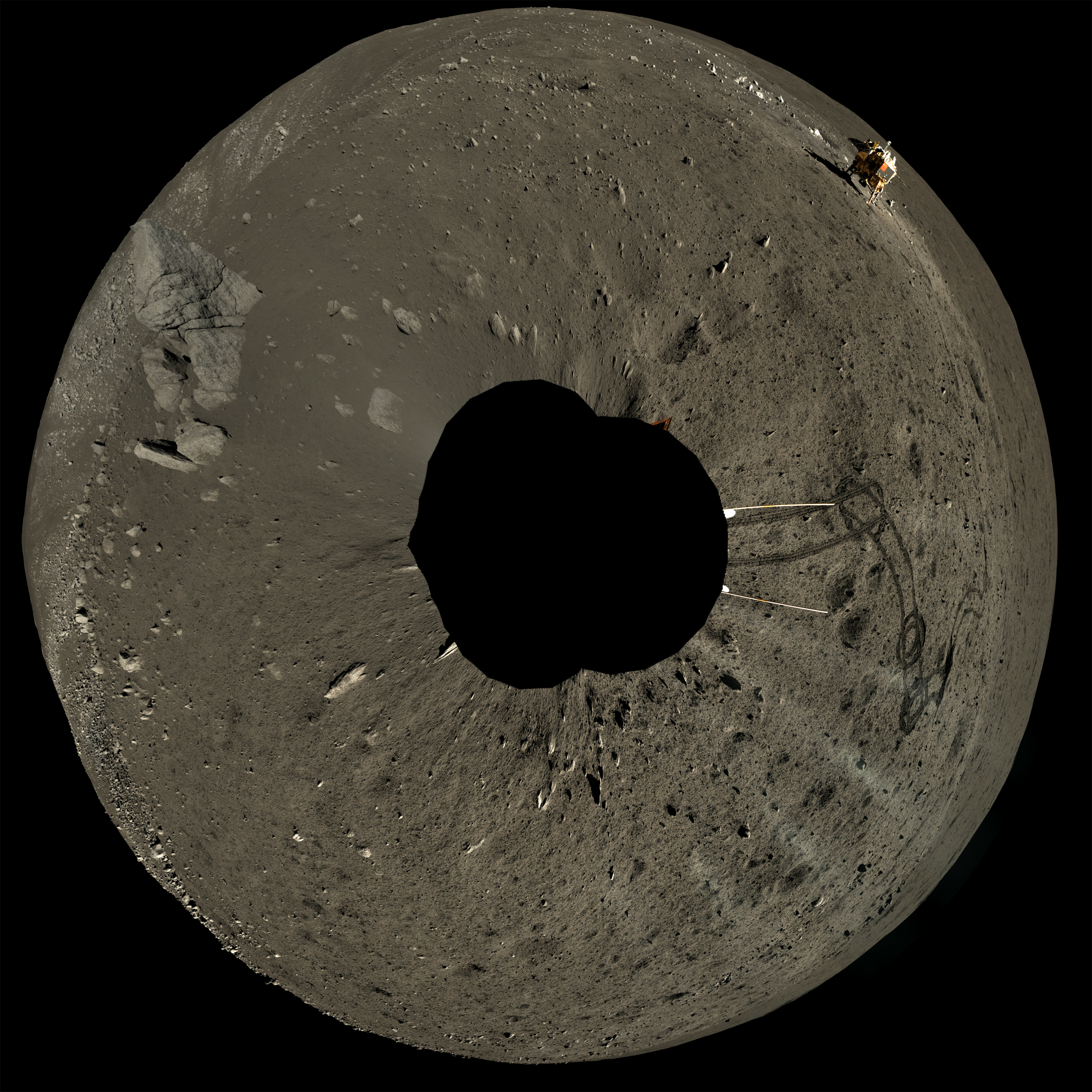 The Israeli and Indian space programs may have suffered setbacks with the recent loss of their lunar landers, but China’s Yutu-2 rover is still crawling across the surface of the Moon, and it made an odd discovery recently.

On July 28, Yutu-2 stumbled upon a perplexing sight: shortly before powering down for its routine transition through the hot midday sun: it found what appeared to be a shiny substance at the bottom of a small impact crater, described as a “gel with a mysterious luster” by the China National Space Administration.

The find prompted the rover’s operators to keep Yutu-2 powered up for a while longer to investigate:

“At this time, a panoramic photo suddenly caught the attention of Yu Tianyi, the deputy chief of the model team: in the inner edge of the new impact crater, a gel with a mysterious luster lying in the center of the crater, shape and color,” according to Yutu-2’s online drive diary. “It is significantly different from the surrounding lunar soil.”

The team then powered Yutu-2 (meaning “Jade Rabbit-2”) down for its noon ‘nap’, to avoid overheating the rover’s systems during the lunar midday heat. When it was powered back up, the Jade Rabbit was directed to use its Visible and Near-Infrared Spectrometer (VNIS), an instrument that can determine the composition of a substance, on the mystery material.

Analysis is still being conducted on the results from the VNIS scans, but there is speculation that the substance may simply be a deposit of natural glass, created from the heat of a meteor strike: it’s important to bear in mind that the substance only appears to be gel-like, and without having actually touched the material, Yutu-2 has no way of determining the hardness of the “gel”.

After having powered back up from its most recent sleep through the Lunar night, Jade Rabbit continued on its journey west, in search of whatever new discoveries the Moon might have to offer.

Of the three most recent robotic probe missions sent to the Moon’s surface, only China’s Chang’e 4 (named for the Chinese goddess of the Moon) has had the fortune of a successful touchdown. On April 11, SpaceIL’s Beresheet (Genesis) lander crashed into the Moon’s surface after suffering a failure in its main engine; the Israeli craft’s payload of dehydrated tardigrades, resilient microscopic organisms also known as water bears, are suspected to have survived the crash.

On September 7, the Indian Space Research Organisation (ISRO) lost contact with their Vikram lunar lander during the probe’s descent towards the lunar surface, and is presumed to have crashed. Named after the Indian space program’s founder, Vikram Sarabhai, Vikram was part of India’s second mission to the Moon, Chandrayaan-2 (“Moon-craft” in Sanskrit), and was intended to launch the Pragyan (“Wisdom”) rover after landing on the lunar surface.

Subscribers, to watch the subscriber version of the video, first log in then click on Dreamland Subscriber-Only Video Podcast link.
2019-09-09
Previous Headline News Post: The Results of a Genetic Survey of Loch Ness Are In: Has the Riddle of Nessie’s Identity Been Solved?
Next Headline News Post: Congress is Accusing the Navy of Stonewalling Regarding UFO Information