China is Fighting a New COVID-19 Outbreak: Has the Virus Changed? 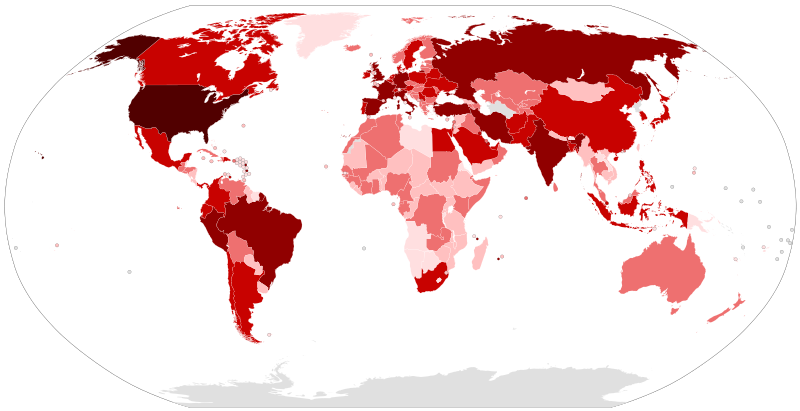 A new cluster of COVID-19 cases in northeastern China has prompted authorities to impose a lockdown on over 100 million Chinese citizens in the cities of Shulan, Jilin city and Shengyang, with health officials reporting that this resurgence of the coronavirus appears to act differently than the original outbreak in Hubei province. Health officials are currently trying to determine if these differences are simply due to health workers now knowing more about how the infection affects people, or if the coronavirus has mutated into a form that produces different symptoms in its victims.

Chinese officials believe that the new cases stem from travelers arriving from Russia, a country that currently has the second-highest number of reported cases on the planet; genetic testing of samples from this new cluster shows that they match samples collected from cases in Russia.

This new outbreak only involves 46 new cases that have been reported over the past two weeks, but aside from China’s need to prevent a new widespread outbreak to protect a flagging economy that just began reopening less than two months ago, these new cases also appear to take longer to resolve than those observed at the beginning of the pandemic late last year, and the symptoms now appear to manifest primarily in the patient’s lungs, as opposed to previous infections that also targeted the heart, kidneys and gut.

The time between the patient’s initial infection and the onset of symptoms appears to be longer than the one to two weeks that was typical of previous COVID-19 infections, making it more difficult for authorities to contain new cases before they have a chance to spread. Unlike most other viruses, SARS-CoV-2, the virus that causes COVID-19, is transmittable even when the infected individual isn’t showing symptoms, a trait of the coronavirus that makes it more infectious than other similar viruses.

Researchers are trying to determine if this newfound prolongation of the disease is due to improved observation of infected patients over the course of the pandemic, or if something about the virus itself has changed, causing it to remain in the body longer. Virtually nothing was known about SARS-CoV-2 when it first appeared late last year, including how long its incubation period was, meaning that the virus may only appear to be taking longer to produce symptoms because patients are now being diagnosed earlier than those at the start of the outbreak.

But there is also the possibility that the virus has mutated into a new form that draws out the average incubation period. SARS-CoV-2 is a type of virus that uses ribonucleic acid (RNA) rather than deoxyribonucleic acid (DNA) to reprogram host cells into building copies of the virus; RNA lacks the internal error-correction mechanisms that DNA has, meaning that RNA viruses like SARS-CoV-2 mutate fairly easily, although whether or not any given mutation will change how the virus affects its host is entirely random.

“In theory, some changes in the genetic structure can lead to changes in the virus structure or how the virus behaves,” explains Keiji Fukuda, director and clinical professor at the University of Hong Kong’s School of Public Health. “However, many mutations lead to no discernible changes at all.”

Dozens of mutations have already been documented over the thousands of genetic samples of SARS-CoV-2 collected since its discovery mere months ago, with some mutations suspected to have increased the virus’ infectiousness, and others hindering its ability to replicate. One mutation may have increased its ability to spread across Europe, before infecting patients on other continents.

This mutation appears to have made a change to the virus’s spike protein—the surface mechanism that allows individual phages to attach themselves to a host cell—through a mutation that “may have originated either in China or Europe, but [began] to spread rapidly first in Europe, and then in other parts of the world, and which is now the dominant pandemic form in many countries,” according to a paper published by a research team at Los Alamos National Laboratory in New Mexico. The researchers documented 13 mutations in the virus’s genome responsible for encoding the spike proteins.

Further research is required to determine whether or not the changes being reported are due to mutations or simply a better understanding of the virus’s behavior. If this is the result of a change in the virus itself, this could compound the challenges presented in containing the virus that global health authorities have been grappling with since the early days of the outbreak.