Celestial ‘Treasure Map’ Narrows Down Where Planet Nine Might Be Hiding 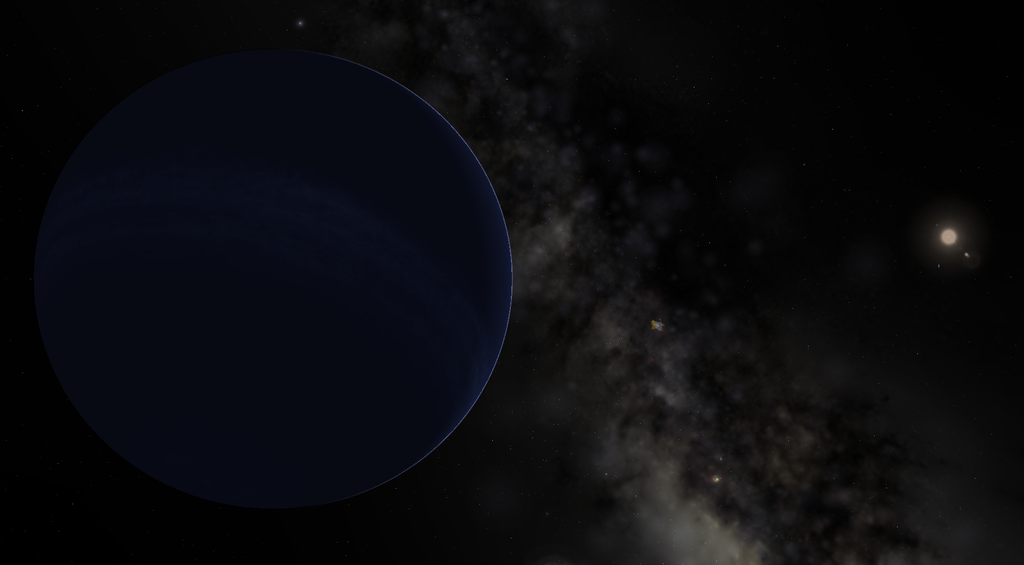 New research from the California Institute of Technology has narrowed down the area of the sky that the elusive Planet Nine might be hiding in. The new data includes a more succinct estimate of the planet’s mass and orbital characteristics, offering ongoing astronomical surveys a “treasure map” of sorts that might expedite the direct discovery of the enigmatic dark world.

In 2016, Caltech astronomers Konstantin Batygin and Michael Brown found that the orbits of a number of trans-Neptunian objects (TNOs) on the outer fringe of the Solar system were in extremely unusual orbits, orbits that were best explained by the presence of a large planet five to ten times the mass of the Earth in a orbit 13 to 26 times further out from the Sun than Neptune. Their 2016 proposal was accompanied by computer models that backed their hypothesis, and since then more evidence has also been found that may support the existence of an object like Planet Nine, such as the slight tilt in the orbits of the Solar System’s other planets, and anomalies in the Cassini space probe’s orbit.

In their new paper, Batygin and Brown have narrowed down some of the characteristics of Planet Nine: the enigmatic planet would be a Neptune-like gas planet about 6.2 times more massive than the Earth, with an orbit tilted to about 16 degrees (slightly less than Pluto’s 17 degrees) that comes as close as 300 astronomical units (AU) to the sun, and carries the planet into deep space 680 times further than the Earth is from the Sun—much further than the 49 AU height of Pluto’s far-flung orbit.

Gas giants of Planet Nine’s proposed mass appear to be fairly common throughout the galaxy, but our own solar system lacks gas planets this small: Neptune (technically an “ice giant”) is the least massive of our resident titans, but at 17 Earth masses it is still well more than double the galactic average.

These new estimates are intended to help narrow down what portion of the sky to look for Planet Nine in, an otherwise daunting task made all the more needle-in-a-haystack-like due to the proposed planet’s extremely dim albedo, assumed to be extremely dark due to its vast distance from the Sun. Batygin and Brown’s new calculations have made them more hopeful that the planet itself will be found before long: depending on a number of unknown factors such as Planet Nine’s albedo and actual size (although they have a god idea of how massive the planet is, that’s not an indication of its actual size), they point out in their paper that “Planet Nine is closer and brighter than initially expected.”

Subscribers, to watch the subscriber version of the video, first log in then click on Dreamland Subscriber-Only Video Podcast link.
2021-09-08
Previous Headline News Post: US Intelligence Community Unable to Determine COVID-19’s Origin
Next Headline News Post: A Sad, Special and Powerful Anniversary (and Much Unfinished Business)