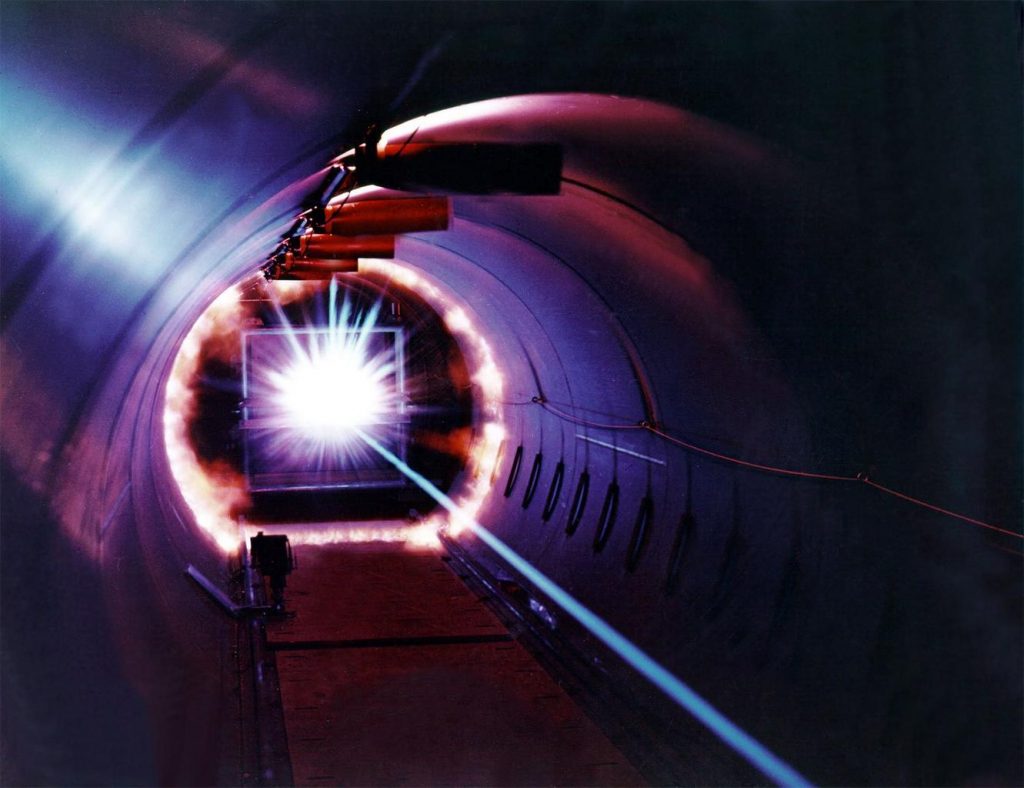 Researchers in China plan on creating matter out of absolutely nothing by using an ultra-powerful laser to overcome spacetime itself at the quantum level. While we shouldn’t expect the laser to manifest a hot cup of Earl Grey tea out of nowhere, the experiment is expected to produce elementary particles from seeming nothingness.

Development of the Station of Extreme Light (SEL) began in 2018, with the goal of building a laser with a peak output of 100 petawatts, making it the most powerful laser ever built. This level of energy would be 10,000 times the power of all the world’s electrical grids combined, or 10 trillion times more intense than direct sunlight. The SEL is currently able to produce 5.3 PW, with its development team expecting to reach their goal of 100 PW sometime in 2023, and available for research activities in 2025, as part of the Shanghai Superintense Ultrafast Laser Facility (SULF).

Needless to say, this superpowered laser isn’t going to be used in a mad plot to entertain the entirety of the galaxy’s cat population simultaneously, but rather for other reality-bending purposes: the researchers plan on producing matter from absolutely nothing. Or more accurately, what we typically perceive as nothing.

“Normally, a vacuum is thought of as completely empty, but in quantum electrodynamics, it is actually full of virtual particles that appear and vanish all the time,” explains Ruxin Li, a physicist with the Chinese Academy of Sciences’ Shanghai Institute of Optics and Fine Mechanics. “However an extremely strong electric and magnetic field can affect this space and the light passing through it. So vacuum can actually behave as a prism, or 3-D movie glasses.”

Specifically, Li’s team plans to coax virtual electrons and their antimatter counterparts (positrons) out of the ether and into ordinary reality. If this theory is correct, the SEL’s laser beam should be powerful enough to overcome what is known as the Schwinger limit, a quantum scale effect above which the electromagnetic field ceases to be linear in nature, prompting these virtual particles that secretly reside in the vacuum to emerge into existence.

The power of this laser is meant to simulate the conditions seen in the extreme environments found around neutron stars, a place where virtual particles have been witnessed to have emerged from the vacuum. The SEL could also be used to research new ways of accelerating particles for use in medicine and high-energy physics, but more tantalizingly it could be used to demonstrate Albert Einstein’s famous E=mc^2 equation in reverse.

For decades the energy that makes up matter has been released through nuclear reactions, as demonstrated in nuclear power plants, and more dramatically through nuclear bombs. But if SEL is successful, it could produce matter from the energy of the vacuum.

“That would be very exciting,” Li exclaims. “It would mean you could generate something from nothing.”

Subscribers, to watch the subscriber version of the video, first log in then click on Dreamland Subscriber-Only Video Podcast link.
2021-05-14
Previous Headline News Post: The Amazon Rainforest Has Flipped From a Carbon Sink to a Carbon Emitter
Next Headline News Post: Navy Video of a “Transmedium” UFO Entering the Ocean Has Been Released