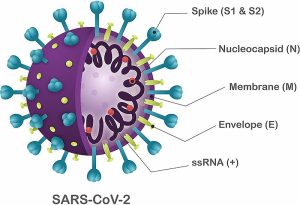 On October 17 the UK’s the Daily Mail published an alarming article outlining a study conducted at Boston University involving a gain-of-function experiment on the coronavirus that causes COVID-19 that resulted in a pathogen so deadly that it boasted an “80% kill rate in mice” and “could spark a lab-generated pandemic.” The story went viral, being picked up by numerous news outlets, including Fox News, with numerous commentators decrying the reputedly dangerous research.

But was this experiment as dangerous as the Daily Mail’s article said?

Shortly after the incendiary article was posted, Boston University’s research news outlet The Brink posted a rebuttal to the tabloid’s claims, calling them “false and inaccurate.”

The study in question, titled “Role of spike in the pathogenic and antigenic behavior of SARS-CoV-2 BA.1 Omicron”, was designed to explore the question of whether or not the Omicron variant of the coronavirus was actually less virulent, and to determine what part of the virus actually dictates its ability to inflict severe disease. To accomplish this, the researchers combined the spike proteins of the Omicron BA.1 variant—chosen for its large number of naturally-occurring mutations that enable the virus’ “remarkable” immunity-evading capabilities— onto the backbone of the original Alpha coronavirus strain.

When compared to the original USAWA1/2020 “Washington” strain—obtained early in the pandemic from a traveler returning from China to Washington State in January 2020—that the chimeric virus, referred to as “Omi-S” in the study, was derived from, the new pathogen spread nearly as quickly through test tube cell cultures as its predecessor (80 percent in 24 hours versus 89 percent for the original), and did not replicate as fast, but proved to be able to produce more than five times the viral load than the naturally-occurring Omicron BA.1 strain.

The experiment then moved to tests on lab mice: while the animals infected with the Omicron strain “displayed little to no signs of clinical illness,” according to the study text, the other two groups did not fare nearly as well, with an 80 percent mortality rate amongst the Omi-S-infected mice and the original Alpha strain killing 100 percent of the exposed test animals.

The study concluded that there appear to be factors other than the mutations seen in Omicron’s spike proteins that contribute to its increased ability to spread, although the spike structures, used to latch onto the cells targeted by the virus, are still the primary factors.

Despite the relatively straightforward experiment presented in the study’s preprint, the Daily Mail article presented select details of the study out of context to make the situation seem far more dire than it actually is, prompting some commentators to label this study as an example of a gain-of-function experiment.

Boston University’s statement refuting the claims made by the Daily Mail pointed out that the study was NOT a gain-of-function experiment, as no functions were introduced or enhanced by the researchers: the study’s purpose was only to swap a trait that the virus already had from one SARS-CoV-2 variant to another, and the resulting artificial virus proved to be notably weaker than the original Alpha strain it was compared to.

“First, this research is not gain-of-function research, meaning it did not amplify the Washington state SARS-CoV-2 virus strain or make it more dangerous,” according to the statement issued by the director of Boston University’s National Emerging Infectious Diseases Laboratories (NEIDL), Ronald B. Corley. “In fact, this research made the virus replicate less dangerous.”

It is also important to note that although the Omi-S chimera exhibited an 80 percent mortality rate in the infected mice, these mice were specialized lab animals, catalogued as “K18-hACE2”, that are genetically engineered to grow the ACE2 cell receptors that the SARS-CoV-2 coronavirus latches on to, making them particularly susceptible to COVID-19 infection: an Omi-S infection in a human host would be far less likely to be deadly, especially compared to the danger presented by the original Alpha strain.

But the Daily Mail misrepresented this number, making it appear as though the lab-produced virus was vastly more lethal than its real-world counterpart, with the 80 percent figure being “a statement taken out of context for the purposes of sensationalism,” Corley remarked, “and it totally misrepresents not only the findings, but [also] the purpose of the study.”

The statement released also pointed out that the experiment was not without oversight, with the study’s design having been approved by the Institutional Biosafety Committee (IBC), consisting of both career scientists and local community members, and the Boston Public Health Commission; additionally, the research was conducted in a biosafety level-3 lab, “appropriate for work involving microbes which can cause serious and potentially lethal disease via the inhalation route,” as described by Wikipedia.

“Before anything is done in the NEIDL, it goes through multiple layers of careful safety review and this is done through committees that are part of Boston University and also committees that are outside of, independent of, BU, such as the Boston Public Health Commission,” explains Robert Davey, a BU Chobanian & Avedisian School of Medicine professor of microbiology. “We get a completely independent look at anything that’s about to be done. Only after all that is approved and double-checked are you then allowed to proceed with the work. And that work only occurs with the oversight of the environmental health and safety group at BU.”

The Daily Mail, long criticized for its “unreliability” and “printing of sensationalist and inaccurate scare stories,” amongst other self-generated scandals, is still hosting the misleading article, although it appears to have been updated on October 23 to include Boston University’s rebuttal.