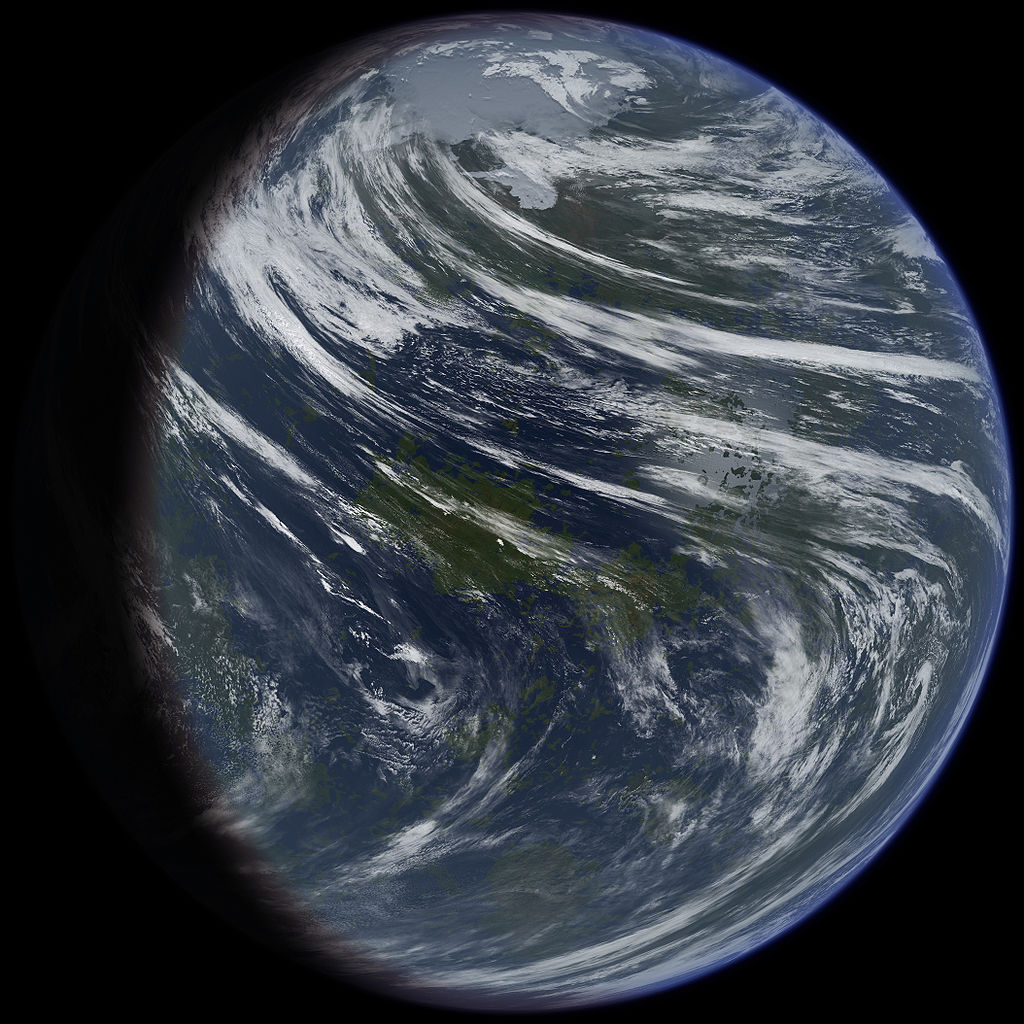 For the last few decades NASA has been leaving few stones on the surface of Mars unturned—quite literally in some cases—in the search for extraterrestrial life within our own Solar System. But now an international team of researchers has found what may be a biosignature in the atmosphere of the one planet even closer to us, amongst the dense clouds that envelop Venus.

Using Hawaii’s James Clerk Maxwell Telescope and Chile’s ALMA telescope, researchers with the Massachusetts Institute of Technology (MIT), Cardiff University, University of Manchester and others found the signature of phosphine emanating from the Venus’s clouds.

Considered to be a potential biosignature by scientists searching for extraterrestrial life, phosphine is a simple organic compound consisting of three hydrogen atoms branching off of a single phosphorous atom. The chemical can be produced through non-biological means, but the process requires a tremendous amount of energy and pressure to force the hydrogen atoms onto the phosphorus; for instance, phosphine has been found in the atmospheres of Jupiter and Saturn, as these planets have massive, planet-sized storms that can provide the conditions needed to form the compound. But smaller terrestrial planets can’t produce enough heat and pressure to form phosphine—even the punishing conditions found on Venus are insufficient to account for this process.

In the absence of the necessary energies required for these chemical reactions, there is only one other known process that produces phosphine, and that is through the biological processes of anaerobic organisms, microbes that breathe carbon dioxide, a gas abundant in Venus’s atmosphere. In fact, oxygen tends to be toxic to anaerobic organisms, and Venus has virtually none of the otherwise offending gas in its atmosphere.

The conditions found on the surface of Venus has discouraged exploration of the nigh-inaccessible planet: the average temperature there is a lead-melting 464°C (867°F), and the atmospheric pressure is 91 times greater than that of Earth’s. The life expectancy of probes sent there are typically measured in minutes, with the scorching temperature, crushing pressure and highly corrosive environment chewing up even the hardiest of spacecraft in short order. The proposed Russian lander Venera-D is expected to double the time spent on the surface by its Soviet-era predecessors: up to three whole hours.

The sheer harshness of the Venusian landscape has also contributed to Venus being largely overlooked as a potential home to lifeforms, but some researchers have pointed out that at an altitude of 50 kilometers (31 miles) the temperature drops to a far more habitable 30°C (86°F) at a more Earth-like pressure. The sulphuric acid clouds at that altitude still produce a punishing corrosiveness, but it’s possible that extremophile organisms may have evolved to thrive in the acidic environment.

One must bear in mind that this discovery does not constitute proof that there are living organisms in the Venusian atmosphere. Before publishing their findings, the researchers analyzed every possible way the phosphine in Venus’s atmosphere could be abioticly formed, with every other possible explanation they could come up with failing to account for the presence of the chemical; however, they admit that there might be an unknown process that could be generating Venus’s phosphine.

“This means either this is life, or it’s some sort of physical or chemical process that we do not expect to happen on rocky planets,” cautions study co-author Janusz Petkowski, a researcher with MIT’s Earth, Atmospheric and Planetary Sciences department. “We really went through all possible pathways that could produce phosphine on a rocky planet. If this is not life, then our understanding of rocky planets is severely lacking.”

Subscribers, to watch the subscriber version of the video, first log in then click on Dreamland Subscriber-Only Video Podcast link.
2020-09-19
Previous Headline News Post: False Rumors About West Coast Wildfires Spread Quickly, Detracting from Core Issues
Next Headline News Post: A Long-Abandoned Idea From Einstein May Transport Us to the Stars