As Comet Atlas Breaks Up, Comet Swan Is Poised to Take Its Place 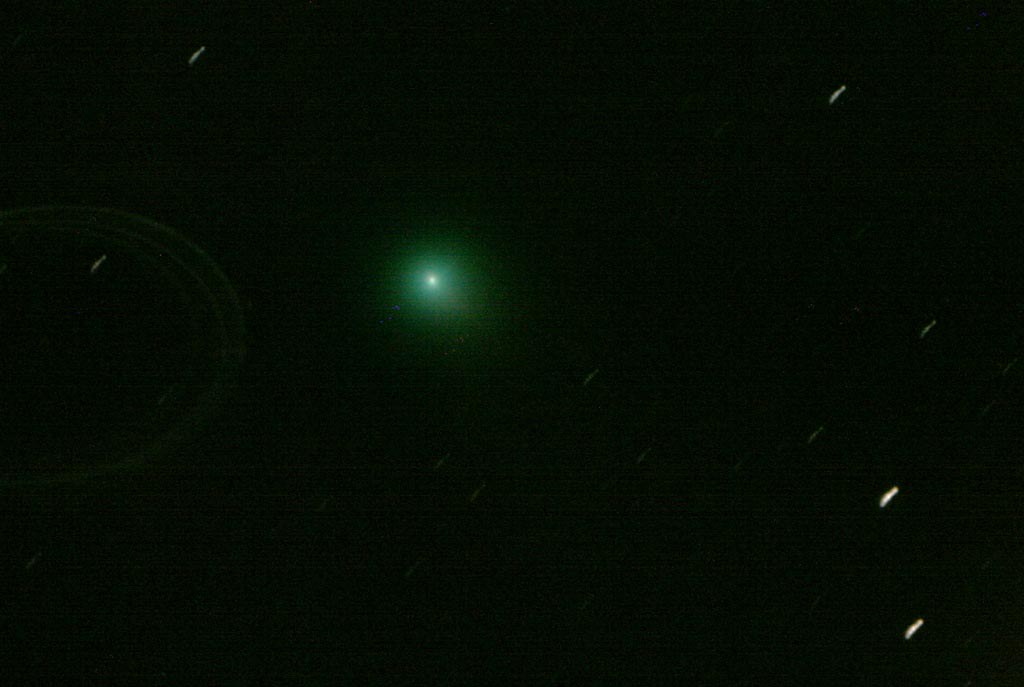 Originally expected to produce a celestial spectacle, Comet Atlas has fizzled, having broken into at least four pieces on its approach to the Sun, an occurrence that will likely prevent the comet from reaching the spectacular brightness it was originally predicted to reach in May. But hot on Atlas’s heels is a potential successor to the shattered snowball, in the form of Comet Swan.

First spotted in late December 2019, the brightness of Comet Atlas (C/2019 Y4 (ATLAS)) jumped from magnitude 17 to 8 between early February and late March, a 4,000-fold increase in brightness. Atlas was expected to be visible to the naked eye by the time it reaches its closest point to Earth on May 23, but on April 2 astronomers observed the comet breaking up, a common fate for inbound comets: typically residing in the icy depths of the Kuiper Belt at the very fringe of the Solar System, comets are subjected to rapid temperature changes and mechanical pressures as they approach the Sun, causing many to fragment under the stress. As a result, it is expected that Atlas may not become bright enough to see without the aid of a telescope or binoculars.

But on March 25 the Solar Heliospheric Observer (SOHO) spacecraft spotted a new comet coming out of the Grus constellation: Comet Swan (C/2020 F8), named after SOHO’s onboard Solar Wind Anisotropies telescope, is on track to become as bright as Atlas was forecast to be when it reaches its closest point to Earth in May. It is expected to be visible first from the southern hemisphere, when it is expected to reach magnitude 4 in brightness (magnitude 6 is typically the limit of human vision; lower numbers are brighter), and it will be visible from the northern hemisphere later in May.

Swan is currently only at magnitude 8, not bright enough to make out with the naked eye, and despite the hope that it will brighten substantially as it hooks around the Sun, Karl Battams of the Naval Research Lab and NASA’s Sungrazing Comets Project cautions that we shouldn’t get our hopes up.

“I doubt the comet will maintain its current impressive appearance, and will quite possibly fade away soon,” Battams warned, “but we’ve only been viewing it for a couple of days, so no one knows.”

Subscribers, to watch the subscriber version of the video, first log in then click on Dreamland Subscriber-Only Video Podcast link.
2020-04-17
Previous Headline News Post: Over 70 COVID-19 Vaccines Are in Development, According to the WHO
Next Headline News Post: New Whitley’s Journal: A Path Back from the COVID-19 Lockdown