As Above, So Below: New Study Finds Striking Similarities Between the Structure of the Universe and the Human Brain 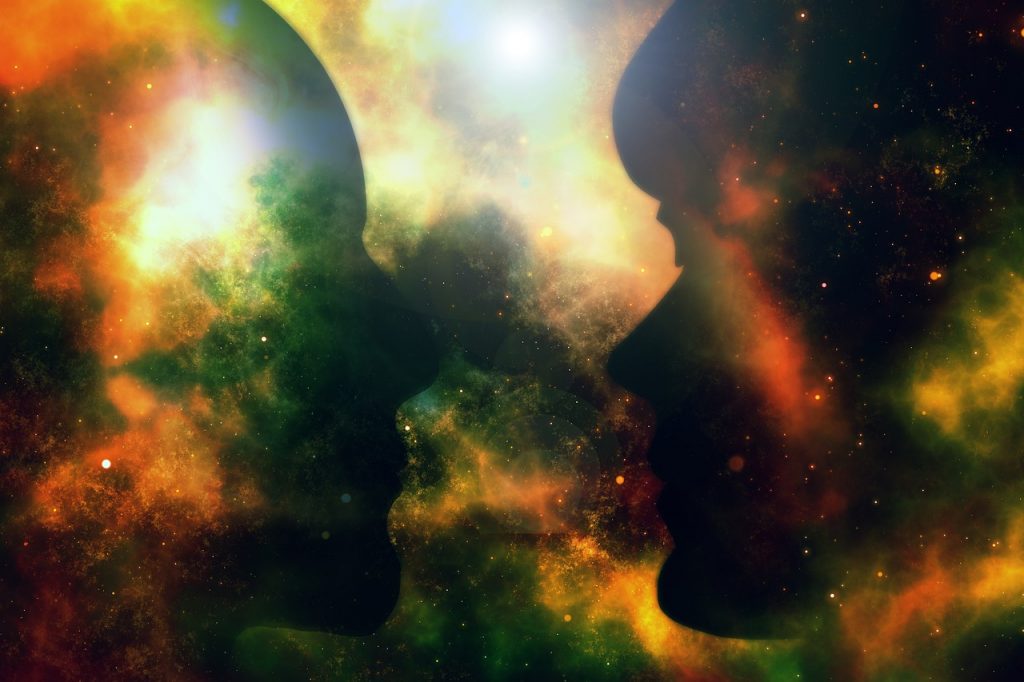 It might seem like an unlikely team-up, but an astrophysicist and a neurosurgeon did indeed collaborate in a study examining the commonalities between one of the largest structures known to science—the vast web of galaxies that stretch across the universe, and the microscopic network made up of the brain’s neurons—to discover if there are any similarities beyond the striking visual resemblance shared between the two phenomena.

On an unimaginably vast scale, galaxies, under the influence of gravity from both ordinary and dark matter, clump together into ever-increasingly larger structures called clusters, superclusters, and ultimately the cobweb-like filaments that span hundreds of millions of light-years across the visible universe. In a 2017 article in Nautilus Quarterly, astrophysicist Franco Vazza of the University of Bologna and neurosurgeon Alberto Feletti of the University of Verona described the void-filament boundary—the border between the structures formed by galaxies and the vast empty voids between them—as being “extremely complex.”

“Gravity accelerates matter at these boundaries to speeds of thousands of kilometers per second, creating shock waves and turbulence in intergalactic gases,” according to the article. “We have predicted that the void-filament boundary is one of the most complex volumes of the universe, as measured by the number of bits of information it takes to describe it.”

“This got us to thinking: Is it more complex than the brain?”

Indeed, despite being separated in size by 27 orders of magnitude (that’s a billion billion billion times larger or smaller), galaxy filaments and the brain’s network of neurons look remarkably similar. Although the physical processes that drive both structures are vastly different, they both result in similar levels of complexity and self-organization. But the comparison doesn’t end there, according to Feletti and Vazza’s study, published this month in Frontiers in Physics.

Both structures are immensely complex, with the human brain containing roughly 86 billion neurons (not counting the near identical number of the brain’s support cells), and the observable cosmic web being made up of over 100 billion galaxies; both are well-defined networks, made up of nodes (galaxies in the larger, individual neurons in the smaller) that are connected via filaments; neurons and galaxies both have a typical scale radius (the ratio between how wide galaxies and neurons are compared to their respective widths) that’s only a small fraction of the length of the filaments each are connected to; and the number of filaments connected to each node was also similar, with between 3.8 to 4.1 connections for galactic structures, and 4.6 to 5.4 for the human cortex.

The flow of information and energy between the nodes in each system is limited to no more than 25 percent of the mass and energy contained in either of these networks; in the brain, that one-quarter is represented by the cellular structure, with water making up the remaining three-quarters; at the intergalactic level, both ordinary and dark matter comprise a little more than 20 percent of the universe, with dark energy, an unknown force that affects the universe on the largest scales, being the only constituent in the 70 percent represented by the void in between the filaments.

Feletti and Vazza’s paper further describes the roles of these phenomena: “Strikingly, in both cases ∼75% of the mass/energy distribution is made of an apparently passive material, that permeates both systems and has an only indirect role in their internal structure: water in the case of the brain, and dark energy in cosmology, which to a large extent does not affect the internal dynamics of cosmic structures.”

The spectral density of both systems was also analyzed, “a technique often employed in cosmology for studying the spatial distribution of galaxies,” according to Vazza. “Our analysis showed that the distribution of the fluctuation within the cerebellum neuronal network on a scale from 1 micrometer to 0.1 millimeters follows the same progression of the distribution of matter in the cosmic web but, of course, on a larger scale that goes from 5 million to 500 million light-years.”

Feletti and Vazza also found a similarity in the potential memory capacity associated with the Universe and the human brain: the brain is estimated to be able to store the equivalent of 2.5 petabytes (2.5 million gigabytes) of information, while the memory capacity required to store the complexity of the Universe is estimated to be about 4.3 petabytes.

“Roughly speaking,” according to the researcher’s 2017 Nautilus article, “this similarity in memory capacity means that the entire body of information that is stored in a human brain (for instance, the entire life experience of a person) can also be encoded into the distribution of galaxies in our universe.”

Although the findings of this study have little practical application and was done largely out of curiosity, Feletti and Vazza point out that the commonalities between the two structures could mean that any discovery made at one level could be applied to furthering the understanding of the other—as above, so below.

“These two complex networks show more similarities than those shared between the cosmic web and a galaxy or a neuronal network and the inside of a neuronal body.”