As Above, So Below: Greenland’s Glaciers are Being Threatened by Warm Ocean Temperatures 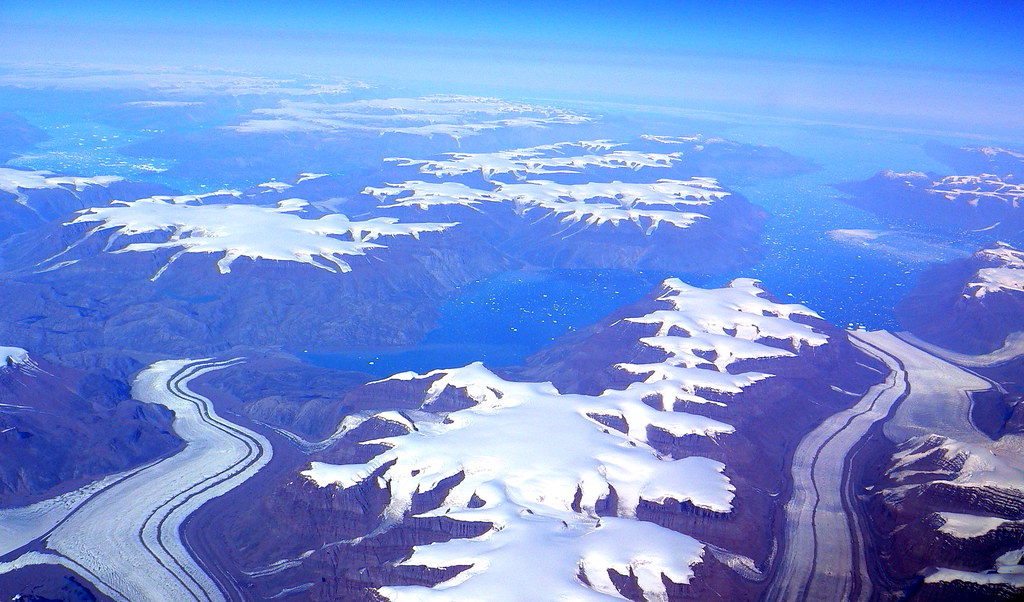 It turns out that record-breaking weather systems aren’t the only threats to northern ice sheets: researchers measuring the temperature of the water at the face of Greenland’s Helheim Glacier found that the water was abnormally warm, not just near the surface, but all the way down to the seafloor 760 meters (2,500 feet) below.

“It’s very rare anywhere on the planet to see 700 meters of no temperature variation, normally we find colder waters in the upper hundred meters or so, but right in front of the glacier it’s warm all the way up,” said Ian Fenty, a climate scientist with NASA Jet Propulsion Laboratory. “These warm waters now are able to be in direct contact with the ice over its entire face, supercharging the melting.”

Fenty took part in NASA’s Oceans Melting Greenland (OMG) program, an aerial survey that investigates how the temperature of the water around Greenland is affecting the island’s glaciers. Fenty’s team made use of a modified Douglas DC-3 aircraft to drop subsurface probes into the ocean to directly measure the water’s temperature, from the surface all the way down to the ocean floor. On August 15, the team spotted a stretch of open water at the foot of Helheim Glacier, and launched probes into it.

Video taken by an embedded CNN reporter during the flight shows that the probe registered a slight temperature increase as it descended, until about 210 meters (690 feet) down when the temperature leveled off at around 4°C (39.2°F); the probe landed on the ocean floor 770 meters (2,525 feet) down, where the temperature was 4.1°C (39.4°F). While these temperatures might seem frigid to us, it’s well above the melting point of water, a dangerous condition for the ice shelf floating above.

Helheim Glacier itself is one of Greenland’s largest, and is the fastest-flowing ice field on Greenland’s east coast. Named after the realm of the dead in Norse mythology, it is roughly six and a half kilometers (four miles) wide and is as tall as the Statue of Liberty. The glacier has also accelerated its flow by over one-third since the start of the century, speeding up from 8 km (5.0 mi) per year in 2000 to 11 km (6.8 mi) per year by 2005.

The issue of glaciers being melted by ocean water from below is typically a concern from the ice shelves found in West Antarctica, but the mechanism it the same in their northern counterparts: water is a very effective medium for transferring heat, and can rapidly erode the ice from below, as warm air attacks the glacier from above. Earlier this month, it was reported that Greenland experienced massive ice melt over the course of July, including a record-breaking one day loss of over 10 billion tonnes (11 billion tons) in July.

“There is enough ice in Greenland to raise the sea levels by 7.5 meters, that’s about 25 feet, an enormous volume of ice, and that would be devastating to coastlines all around the planet,” warns oceanographer Josh Willis, also part of the OMG survey team. “We should be retreating already from the coastline if we are looking at many meters [lost] in the next century or two.”

Subscribers, to watch the subscriber version of the video, first log in then click on Dreamland Subscriber-Only Video Podcast link.
2019-08-21
Previous Headline News Post: Experiencer and Nobel Laureate Kary B. Mullis has Died
Next Headline News Post: A Wild and Wooley John Hogue Show Full of Predictions AND an Interruption from a Mysterious Voice!