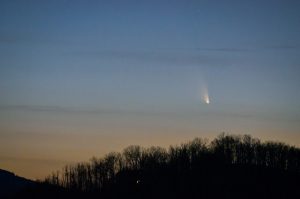 The Department of Defense has released the unclassified version of their annual report on UAP for 2022. Although the report doesn’t include any details regarding individual UFO cases, it states that the number of reports being received by the Pentagon’s investigative office has increased substantially, not only in the number of historical cases having been uncovered but also in the new cases being brought forward by witnesses emboldened by the erosion of the stigma that historically surrounds the subject of UAP (now being called “Unidentified Anomalous Phenomena” by the DoD).

Originally due to be released by October 31 of last year, this unclassified version of the “2022 Annual Report on Unidentified Aerial Phenomena” delivers an overview of the findings made by the All-domain Anomaly Resolution Office (AARO): their investigation gathered 247 new cases since the release of the “Preliminary Assessment: Unidentified Aerial Phenomena” in late 2021; the AARO also received an additional 119 UAP reports “that were either since discovered or reported after the preliminary assessment’s time period.”

“This totals 510 UAP reports as of 30 August 2022,” according to the report, of which states that the majority of these cases were reported by “U.S. Navy and U.S. Air Force aviators and operators who witnessed UAP during the course of their operational duties.” Unfortunately, the report also states that many of the reports “lack enough detailed data to enable attribution of UAP with high certainty.

More than half of the 366 cases gathered since the 2021 report were apparently sightings of objects that displayed “unremarkable characteristics,” meaning they could be conventional objects; 163 of the sightings were found to be of ” balloon or balloon-like entities;” 26 were determined to be conventional drones, described as “Unmanned Aircraft System (UAS) or UAS-like entities;” and six reports were found to be simple aerial clutter such as “birds, weather events, or airborne debris like plastic bags.”

Although this leaves 171 cases unexplained, the report states that this does not mean that they are “positively resolved or unidentified,” rather, “this initial characterization better enables AARO and ODNI to efficiently and effectively leverage resources against the remaining 171 uncharacterized and unattributed UAP reports.” The report does admit that “some of these uncharacterized UAP appear to have demonstrated unusual flight characteristics or performance capabilities, and require further analysis.”

The report also briefly covers concerns that UAP might pose a threat to flight safety, including the risk of a “collision hazard to air assets,” although the report states that “to date, there have been no reported collisions between U.S. aircraft and UAP.”

The potential for negative health effects on witnesses is also raised, although “there have also been no encounters with UAP confirmed to contribute directly to adverse health-related effects to the observer(s).” However, since many of these potential effects could take time to manifest in an affected witness, “AARO will track any reported health implications related to UAP should they emerge.”

The report states that the increase in the number of reports being submitted appears to be at least “partially due to reduced stigma surrounding UAP reporting,” and that “a better understanding of the possible threats that UAP may represent” may also be prompting more government personnel to come forward with their sightings.

Subscribers, to watch the subscriber version of the video, first log in then click on Dreamland Subscriber-Only Video Podcast link.
2023-01-13
Previous Headline News Post: A Winter Weather Flux Brings Extreme Temperatures to Europe, as a Major Storm Deluges California
Next Headline News Post: Despite Being the Most Transmissible Version of COVID-19 Yet, ‘The Kraken’ Is No Sea Monster