A Rare Subtropical Storm Has Formed in the South Atlantic 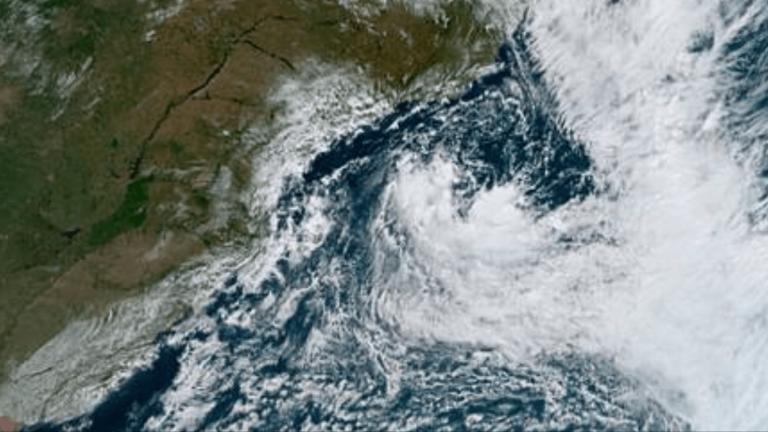 An extremely rare subtropical storm has formed in the South Atlantic, formally named Subtropical Storm Potira by the Brazilian Navy Hydrographic Center. Potira initially formed on April 19, with its 1-minute wind speed peaking at 85 km/h (55 mph) and the storm’s pressure dropping to 1002 hPa (mbar) as of April 21. Although this storm pales in comparison to the monster hurricanes that can devastate northern coastlines, only a few dozen storms considered to be subtropical and stronger suspected to have formed in the region over the past half century.

Unlike the North Atlantic, conditions in the South Atlantic aren’t very hurricane friendly, with major cyclone formation hindered by factors such water temperature in the southern tropics being cooler than its northern counterpart, a very strong vertical wind shear in the region’s troposphere, and the Intertropical Convergence Zone being too close to the equator for the Coriolis force to significantly promote the development of cyclones.

These factors have made tropical storms a rare occurrence in the South Atlantic, with Potira being only the 14th named storm on record. Before the 1990s, it was assumed that tropical storms did not occur in the region at all, but that assumption was upended when a tropical storm formed off of the coast of Angola in 1991; since then, 15 more storms have occurred, with all but four of them classified as subtropical. Of the remaining four, three were classified as tropical, with 2004’s Hurricane Catarina being the sole hurricane-force (Category 2) cyclone known to have occurred in the South Atlantic.

Investigations into meteorological records and satellite imagery uncovered a handful of weather systems that formed before 1991 that could be considered subtropical or tropical storms, but evidence for such phenomena is sparse. It’s notable that of the 11 subtropical and three tropical storms that have been recorded since 2010, five of these (1 tropical and 4 subtropical, including Potira) have occurred over the last two years alone. Although not as heavily impacted as the North Atlantic, climate change has been warming the waters of the South Atlantic, providing conditions better suited to strong storm development.