A Long-Lost Massive Megalithic Structure Has Been Found Near Stonehenge 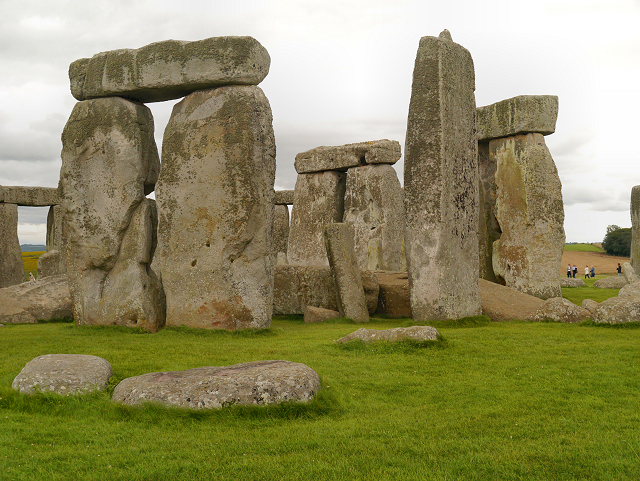 Researchers in England have discovered a long-lost subterranean megalithic structure near Stonehenge, a massive circle of large vertical shafts arranged in a miles-wide circle that may prove to be Britain’s largest prehistoric monument.

Led by the University of Birmingham, the Stonehenge Hidden Landscapes Project is a survey of the environs around Stonehenge and the surrounding megalithic sites to develop a better understanding of the area’s Neolithic history. Using ground-penetrating radar, the team discovered numerous underground anomalies that indicated the presence of clusters of pits that had filled in over the millennia since they had been dug.

Many of the pits themselves are quite large: although they vary in size, at least 20 of them are more than 10 meters wide and 5 meters deep (33 by 16 feet), arranged in a circle more than 2 kilometers (1.25 miles) in diameter that is centered on the Durrington Walls henge enclosure, another large Neolithic structure located 3.2 kilometers (2 miles) northeast of Stonehenge itself.

“The size of the shafts and circuit is without precedent in the UK,” remarked lead researcher Professor Vince Gaffney, of the University of Bradford. Gaffney said the discovery demonstrated “the capacity and desire of Neolithic communities to record their cosmological belief systems in ways, and at a scale, that we had never previously anticipated”.

“When these pits were first noted, it was thought they might be natural features,” Gaffney added. “Only through geophysical surveys, could we join the dots and see there was a pattern on a massive scale.”

A “proper excavation” of the pits will be required to determine what the purpose of the structure might have been, according to Gaffney, and that it is difficult to come up with an estimate for how long it took to build.

“The pits are massive by any estimate. As far as we can tell they are nearly vertical sided; that is we can’t see any narrowing that might imply some sort of shaft.” Gaffney added. “Some of the silts suggest relatively slow filling of the pits. In other words they were cut and left open.”

“As the place where the builders of Stonehenge lived and feasted, Durrington Walls is key to unlocking the story of the wider Stonehenge landscape, and this astonishing discovery offers us new insights into the lives and beliefs of our Neolithic ancestors,” muses Dr. Nick Snashall, the National Trust archaeologist for the Stonehenge World Heritage Site. She describes the discovery as “astonishing”.

“The Hidden Landscapes team have combined cutting-edge, archaeological fieldwork with good old-fashioned detective work to reveal this extraordinary discovery and write a whole new chapter in the story of the Stonehenge landscape.”

Subscribers, to watch the subscriber version of the video, first log in then click on Dreamland Subscriber-Only Video Podcast link.
2020-07-01
Previous Headline News Post: Coronavirus Cases Numbers Surge Across the Majority of U.S. States—and the First Wave Isn’t Even Over Yet
Next Headline News Post: Global Warming has hit an Arctic Town with a Triple-Digit Heat Wave