A Breakthrough in Nuclear Research has Produced Surplus Fusion Energy 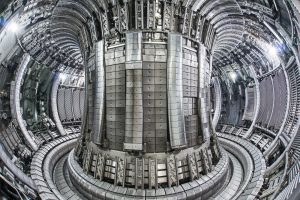 On August 8, 2021, researchers at the National Ignition Facility (NIF) in Livermore, California succeeded in initiating nuclear ignition in a small capsule of heavy hydrogen isotopes, proving that the fusion process could be started by using powerful lasers; now, hot on the heels of last year’s breakthrough, researchers at the same facility were successful in making the same process produce more energy than it took to run the experiment—nearly 20 percent more, at that—an important step in the race to develop a nigh-limitless source of clean energy.

“Fusion has the potential to provide a near-limitless, safe, clean, source of carbon-free baseload energy,” according to Dr. Robbie Scott, of the Science and Technology Facilities Council’s Central Laser Facility Plasma Physics Group. “This seminal result from the National Ignition Facility is the first laboratory demonstration of fusion ‘energy-gain’—where more fusion energy is output than input by the laser beams. The scale of the breakthrough for laser fusion research cannot be overstated.

“The experiment demonstrates unambiguously that the physics of Laser Fusion works,” Scott added. “In order to transform NIF’s result into power production a lot of work remains, but this is a key step along the path.”

Although the 19 percent in extra energy produced in the experiment is a significant amount percentage-wise, the scope of the experiment itself was much more modest: 2.5 million joules of energy was produced in a 2.1 million joule experiment, meaning that 400 thousand joules was produced from the fusing of the deuterium and tritium fuel contained in the miniature target canister. However, this translates to just 111 watt-hours of energy—enough to run a 100-watt light bulb for a little over an hour, or enough to bring one liter (1.1 quarts) of water to a boil.

“To turn fusion into a power source we’ll need to boost the energy gain still further,” explained Jeremy Chittenden, a professor of plasma physics at Imperial College London. “We’ll also need to find a way to reproduce the same effect much more frequently and much more cheaply before we can realistically turn this into a power plant.”

It’s also important to bear in mind that the 2.1 megajoules used to initiate fusion in the target pellet only measures the output of the lasers, of which required 500 megajoules of power to operate. However, in a properly-operating fusion reactor the energy produced by an ongoing, self-sustaining nuclear reaction would, over time, more than make up for any potentially energy-expensive start-up.

Needless to say, there is still a lot of work to do before such a reactor can provide us with an abundant energy source that produces no carbon emissions or long-lived toxic waste. However, plasma physicist Dr. Arthur Turrell remarked that if the result of this experiment is confirmed “we are witnessing a moment of history.

“Scientists have struggled to show that fusion can release more energy than is put in since the 1950s, and the researchers at Lawrence Livermore seem to have finally and absolutely smashed this decades-old goal.”