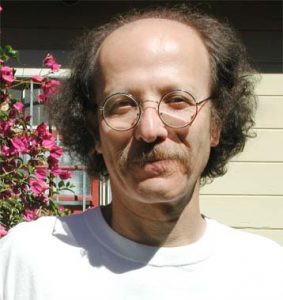 Long time KPFA broadcaster Ralph Steiner has amassed a remarkable group of recordings of news announcements and interviews about the Roswell Incident. This edition of Dreamland begins with a recording of the first radio news report about the crash, and then Ralph takes us through a terrific history of Roswell, as told in interviews and recordings he has collected over his long career. Much of this material has never been heard before, and it has never been brought together in a single program anywhere. Fascinating new insight into the Roswell Incident. We will also hear the ORIGINAL recording of Colonel Jesse Marcel, who actually recovered the debris, describing what he saw, and Congressman Steven Schiff discussing the strange reaction of the Air Force when he instituted an investigation of the incident by the General Accounting Office. Ralph can be reached at timelessdreams@comcast.net.

Whitley and Anne Strieber will be honored with a life achievement award at the Conscious Life Expo in Los Angeles this Saturday, October 1. For more information, go to ConsciousLifeExpo.com.

Mr. and Mrs Strieber will be appearing on a Friends of the Institute of Noetic Science program in New York City on October 22-23. Whitley will read from his new book, Solving the Communion Enigma, due out in January, and Anne will read and discuss close encounter witness accounts. Linda Moulton Howe and Richard Dolan will also be speakers at the event.