George Noory on Flight 370: Someone is Hiding Something

Home  »  Dreamland Podcast   »   George Noory on Flight 370: Someone is Hiding Something 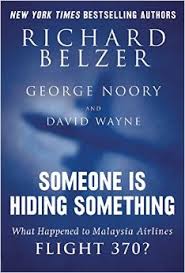 What happened to Malaysia Airlines Flight 370? That’s the question we ask George Noory today, as we get into the book he has just published with Richard Belzer and David Wayne. George, Richard and David have gone very deeply into this most mysterious of all airliner disappearances and concluded that almost NOTHING that the general media has told us about this flight is true.

George reveals that the 22 American engineers who died aboard Flight 370 were working on extremely exotic and powerful weapons technology. He also makes some new and compelling revelations about that technology. Was the disappearance of the flight an effort to kidnap them? If so, did it succeed? And what about Diego Garcia? And then there are the outliers–alien involvement, parallel universes, a Bermuda triangle like event? As the host of Coast to Coast, George is uniquely informed about these issues.

Listen as Whitley Strieber asks George a haunting and crucial last question: is Flight 370 still out there, and what might that mean?