The Physics of the Soul and Time Travel

Home  »  Dreamland Podcast   »   The Physics of the Soul and Time Travel 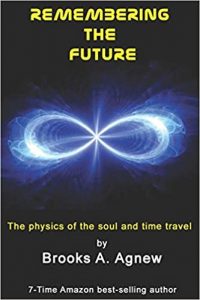 Brooks Agnew joins Whitley for a show covering the physics of the soul and time travel.

PLEASE NOTE: There is no video version of this edition of Dreamland, contrary to what is said in the show. We do intend to provide video versions of Dreamland in the future whenever possible.

Also note that this guest was present in Washington during the January 6, 2021 insurrection at the US Capitol. He has told us that he was not involved in the riot. In this difficult political period, the political views of some guests may be distressing to some listeners. Please know that he does not discuss his views in the show or in the video Q&A provided for our subscribers. Unknowncountry is not a political website and Dreamland does not run political programming.