A Flash of Beauty: A New Vision of Bigfoot

Home  »  Dreamland Podcast   »   A Flash of Beauty: A New Vision of Bigfoot 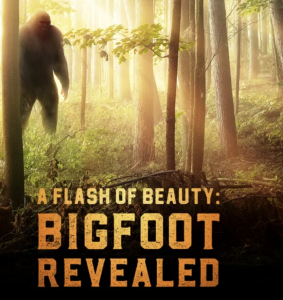 Tobe Johnson and Brett Eichenberger who have created the incredible new documentary “A Flash of Beauty: Bigfoot Revealed.” join Whitley on Dreamland for what is probably the best ever Bigfoot show the site has seen. This show explores the amazing encounters people (including Tobe himself) have had with Bigfoot and other strange creatures, and includes an in-depth exploration of the ‘paranormal’ events that often take place in conjunction with these appearances. They consider the many questions that Bigfoot has left behind, and the answers they produce are astounding!

For subscribers, we go on to explore the question of whether Bigfoot’s apparent psychic abilities mean it could actually be a part of a more advanced species than we are. We delve into a discussion about why so many super normal phenomena appear to be connected, and why they often seem to appear in similar places and circumstances.

You can watch A Flash of Beauty now: Click here.

URGENT: If you’re not a subscriber, WE NEED YOU NOW! Click here to choose your inexpensive plan and get access to all the wonders on this website!