A Counselor and an Experiencer Explore Together

Home  »  Dreamland Podcast   »   A Counselor and an Experiencer Explore Together 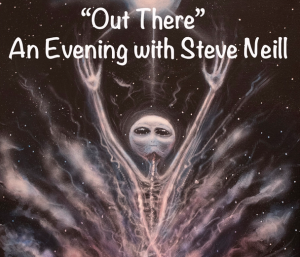 Artist and director Steve Neill is a lifelong close encounter witness and Yvonne Smith of the Close Encounter Resources Organization has been counseling such witnesses for 20 years. Listen as Steve and Yvonne discuss their lives and work and tackle such questions as why CE3s are so hard to remember, is the trauma we experience inflicted on us on purpose, and many equally provocative questions.

Yvonne is available for counseling and can be reached at yvonne4ptsd@gmail.com. You can learn more about CERO at CEROIntl.com.

Steve has created powerful art based on his experiences, as well as the short film, But Something is There. (Click on the link to watch it on Vimeo!)

The first time Whitley ever watched one of Steve’s presentations featuring his art, he had an eerie and unsettling experience: his implant turned on.

In the third half hour, Steve tells us about his latest experiences and discuss a time when he had a powerful 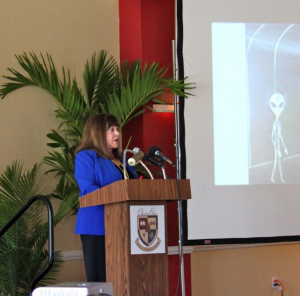 UFO sighting while on the phone with Whitley. During this sighting, there was a message sent and received that there was “still time.” But how much time, and for what?

Don’t miss Steve Neill’s art show on August 24 at the Steve Neill Studio. You can learn more at SteveNeillsArt.