An Experiencer with Consicious Contact AND some Unusual Video 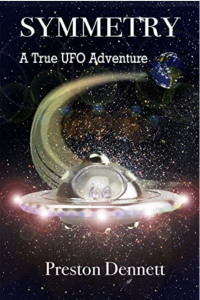 Dolly Safran has been having close encounters throughout her entire lifetime. She is a rare example of a close encounter witness with vivid conscious memories of her contact, who never needed regression hypnosis to recall the details of her encounter and never experienced fear of the strange beings she met.

Dolly joins us on Dreamland with Preston Dennett – one of the great UFO researchers of our era – to discuss Dolly’s incredible sightings and experiences, which are recorded in Preston’s book Symmetry: A True UFO Adventure.

She talks about her extraordinary awakening at age 14 and her father’s admission that he, too, was a close encounter witness. Dolly then goes on to describe her experience being taught how to fly a UFO.

Described by Preston as the “single most extensive account of ET contact” he has ever investigated, Dolly’s story is well worth listening to.

This episode of Dreamland offers listeners a deep dive into the asymmetric world of conscious close encounters and what we can learn from them. If you are an audio listener and would like to view the video mentioned in the show, please click here. (This video has been vetted by one of our experts and found to be unidentifiable as an ordinary or extraordinary object. He has also provided us with a set of instructions about how to take better video, and some inexpensive equipment you can get to help stabilize your phone while making videos. They can be read here.

NEXT WEEK: Dreamland continues its eclectic exploration of the close encounter phenomenon with a first: A video and audio recording of a live chat between Unknowncountry subscribers and Jim Semivan, ranking as the first time a CIA Officer who is also an experiencer has answered questions from the experiencer community. Do not miss this powerful and unique show.