In 1913 US life expectancy was 53 years. A few years later, in 1918 it would drop to 40 because of a flu pandemic that nowadays would almost certainly be preventable. In 1910, 8% of Americans could not read or write. In the south, that was 20%, which included 70% of southern blacks. Now, all those numbers are under 1 percent.

Leading causes of death were pneumonia, tuberculosis and diarrhea, all generally preventable or curable now.  Nobody knew that smoking was dangerous. Cancer, even tumors considered trivial today, was a death sentence. Even appendicitis was a significant cause of death, especially in rural areas.
END_OF_DOCUMENT_TOKEN_TO_BE_REPLACED

Things have been very active in our lives recently, after years of just very occasional strange events. A few weeks ago, I saw a UFO, a silver orb just as clear as you please in the early morning. A couple of days later, I discovered that 2 friends saw a series of orange orbs rising up out of Santa Monica Bay on that night or the next. Then there was a noisy visitation here last week which woke Anne up but left me with 2 hours of missing time.
END_OF_DOCUMENT_TOKEN_TO_BE_REPLACED 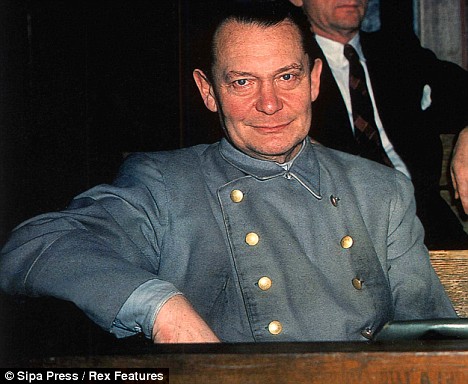 I came across this photo of Hermann Goering in the dock at the Nuremberg Trials, and I was very struck by it. This was one of the most terrible human beings who ever lived, and what he was is captured with great power in this photo. The eyes speak defiance, inner sadness and dark knowledge. The lips attempt the smile of the innocent, which only reveals the guilt he actually feels more clearly.
END_OF_DOCUMENT_TOKEN_TO_BE_REPLACED

This video is really very scary. I have no evidence that Michael Hastings was assassinated. But because of the fact that the government has claimed the extra-judicial right to kill American citizens on US soil without trial, we simply cannot know if this man was the target of something like the type of car hacking that this DARPA executive is describing.

Michael Hastings’ car shot down Highland Boulevard in Los Angeles, slammed into a tree and exploded. Hastings’ body was burned so badly that as yet there has been no definite identification that he was even the driver, let alone what condition he was in when he was killed.
END_OF_DOCUMENT_TOKEN_TO_BE_REPLACED

June 18, 2021
Dreamland Podcast
A Intelligence Officer from the USS Roosevelt Speaks Out about the ‘Gimbal’ UFO Incident
June 15, 2021
New Observations
Ed Conroy and The Report on Communion: The Facts Behind the Most Controversial True Story of Our Time (Part 2)
June 11, 2021
Dreamland Podcast
The Trinity Crash: Jacques Vallee and Paola Harris Uncover an Unknown UFO Crash from 1945
June 9, 2021
The Unseen Podcast
Yvonne Smith Explores Hypnosis and Healing
June 4, 2021
Dreamland Podcast
Beyond 60 Minutes: Grant Cameron on the True Depth of Contact