Where the Footprints End: High Strangeness and the Bigfoot Phenomenon, Vol. 1 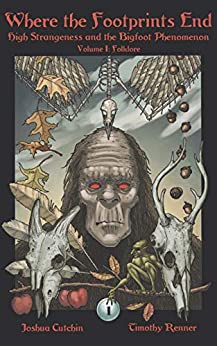 Our forests seem to be hiding something much more complex than an undiscovered gorilla. Bigfoot may be howling from a lonely mountaintop, but the bigfoot phenomenon is whispering secrets... if we will only listen.

Eyewitnesses, investigators, and cryptozoologists worldwide contend ample evidence exists supporting the survival of large, hairy, apelike creatures alongside mankind today, lurking in the wilderness. By all appearances, these beings seem wholly natural, interacting with their surroundings and leaving behind hair, blood, droppings, and, of course, footprints.

Subscribers, to watch the subscriber version of the video, first log in then click on Dreamland Subscriber-Only Video Podcast link.
2020-11-17