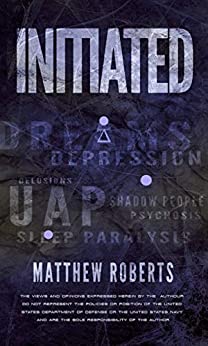 In 2015, Matthew Roberts was a US Naval service member stationed onboard the USS Theodore Roosevelt. The events that transpired during their 2015 workup cycle brought us the first-ever declassified footage of unidentified aerial phenomenon (UAP)and the New York Times article titled: “Glowing Auras and ‘Black Money’: The Pentagon’s Mysterious U.F.O. Program.” Subsequently, he transferred to the Office of Naval Intelligence in Washington D.C. where he began to have frequent, and often intense, personal experiences with the phenomenon.

Subscribers, to watch the subscriber version of the video, first log in then click on Dreamland Subscriber-Only Video Podcast link.
2021-05-31