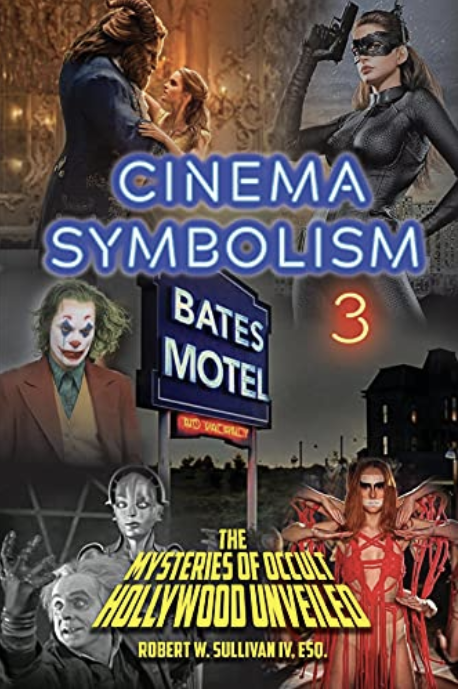 Coming in at over 800 pages, everyone's favorite Freemason strikes again with Cinema Symbolism 3: The Mysteries of Occult Hollywood Unveiled. Applying his expert and objective observations, Robert W. Sullivan IV analyzes a new slate of movies, revealing Tinseltown's esoteric and dark secrets. Some of the films dissected are The Mummy (1932), The Witch (2015), Lolita (1962), Joker (2019), Dark City (1998), The Red Shoes (1948), Midsommar (2019), Eraserhead (1977), Pan's Labyrinth (2006), Suspiria (2018), Chris Nolan's Dark Knight Trilogy (2005-2012), The Shape of Water (2017), and the vast mythology of Twin Peaks (1990-2017) among countless others. From Gnosticism to Freemasonry, to black magic and Kabbalah, no rock is left unturned. Reader beware-this fish is not for everyone because sometimes truth is stranger than fiction.  If you want to deepen your understanding of a movie, dip into the Cinema Secrets series first, then watch. You will be amazed at what you find hidden behind the screen!

Subscribers, to watch the subscriber version of the video, first log in then click on Dreamland Subscriber-Only Video Podcast link.
2021-10-28