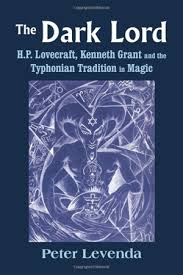 Today we take a look at the inner workings of evil. Peter Levenda, author of the epic Sinister Forces about the influence of the occult and secret Nazi power on the US government, returns to Dreamland with an astonishing new book, the Dark Lord, which cracks the code of the notorious occultist Aleister Crowley and reveals secrets that to this day have a deep hold on our country and its political life.

Think evil’s ‘not real?’ Think it isn’t out there? You’re putting yourself exactly where it wants you to be! Listen and learn…
END_OF_DOCUMENT_TOKEN_TO_BE_REPLACED

e fireballs coming down all over the world right now, but this story from the Yucatan goes far beyond the normal report of a flaming meteor speeding across the sky, and, frankly, your Out There editor is just plain puzzled, not to say flabbergasted. Note that the report includes mention of a sound that went on for hours, not to mention the ‘humanoid figure’ the police created when trying to put the broken up remains of the object back together. The verdict on this one: I have no idea.
END_OF_DOCUMENT_TOKEN_TO_BE_REPLACED

We are currently living under very volatile skies. Less than one year after a 10,000 ton meteorite exploded above the Russian city of Chelyabinsk in the Urals injuring 950 people, Russian scientists reveal that a nearby area of the country narrowly missed an impact from a 15 meter asteroid which skimmed past Earth last weekend. The asteroid, which was moving at 16km per second, passed within 11,300km of the Earth’s surface, an altitude which is below the orbit of geostationary satellites. It was discovered during its near miss by the Master Tunka station near Lake Baikal. The asteroid was not previously known.
END_OF_DOCUMENT_TOKEN_TO_BE_REPLACED

A recent study by the IPCC (Intergovernmental Panel on Climate Change) has proved beyond any reasonable doubt that global warming is not a natural phenomena, but caused directly by the impact of human greenhouse gas production. But how this is affecting climate is still open to question, as the report also states that temperatures have not increased as much as global warming models predicted given the amount of CO2 in the atmosphere.

This first instalment of a three part report, which will be released over the next 12 months, is set to provide the most accurate and thorough appraisal of the climate change issue, in which it claims that humans are the ‘"dominant cause" of the problem which was identified in the 1950s.
END_OF_DOCUMENT_TOKEN_TO_BE_REPLACED