Homo sapiens (modern humans) appeared approximately 180,000 years ago, but stayed in one location around bodies of water in central Africa for almost 100,000 years, before they dispersed throughout the rest of the world. This is why African DNA is more diverse than that of people anywhere else in the world (and black DNA continued to change during slavery, as well).
END_OF_DOCUMENT_TOKEN_TO_BE_REPLACED

More people than ever before are working from home and a lot of them are using their laptops in BED.

In a recent poll, half of 1,000 workers said they read or respond to work emails from bed. A British study of 329 workers found that nearly 1 in 5 of them spends two to 10 hours a week working from bed.

This is partly because work has become so international. In the November 14th edition of the Wall Street Journal, Sue Shellenbarger quotes one bed worker as saying, "When you work with people all around the world, it is difficult to avoid."

She quotes lawyer David Spiegel his work night ritual helps him "catch up and make sure everything is buttoned up, so I know I’m going into the next day prepared."
END_OF_DOCUMENT_TOKEN_TO_BE_REPLACED

Fish caught in the waters around the Fukushima nuclear plant in Japan could be too radioactive to eat for a decade, as samples show that radioactivity levels in that part of the ocean remain elevated and show little sign of coming down.

Cod, flounder, halibut, pollock, skate and sole could be off limits for years, since large and bottom-dwelling species carry most risk. Sample fish caught in waters near the melted reactors show that there is still a source of caesium leaking into the ocean, either on the seafloor or still being discharged into the sea, perhaps from what is left of the cooling waters.
END_OF_DOCUMENT_TOKEN_TO_BE_REPLACED 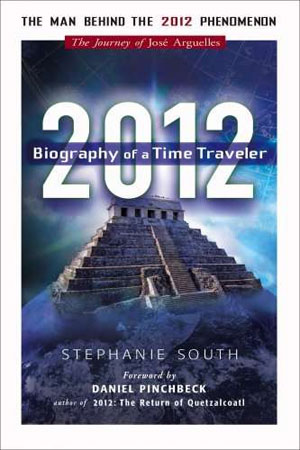 It would be an understatement to say that there is currently a great deal of anticipation and speculation regarding the coming date of December 21, 2012, said to be the final day of the current world age according to the ancient Mayan calendar. One of the original proponents of this idea was the late scholar and author Jose Arguelles, who had long championed the notion that the Mayans understood the true nature of time much better than those of us governed by the Gregorian calendar and the inadequate, linear passing of our days.