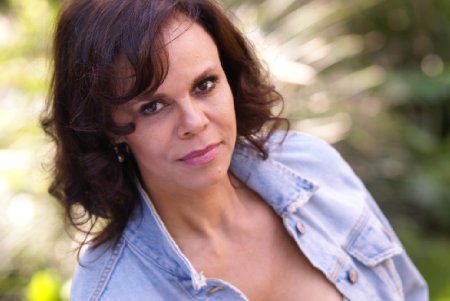 Deborah Pratt was co-producer and head writer of Quantum Leap, as well as acting in the show. Now she has created a truly remarkable experience of learning and being called Vision Quest. It is set in the near future, but it’s not apocalyptic. Deborah’s vision was that we can recover ancient powers such as telepathy and levitation that are part of our human birthright. She saw this happening in a future world, in which there is a community of minds that have made the choice to regain these powers. END_OF_DOCUMENT_TOKEN_TO_BE_REPLACED

In Brazil, the mutilations were accompanied by large numbers of unknown lights in the sky over the regions where the cattle were being killed.
END_OF_DOCUMENT_TOKEN_TO_BE_REPLACED

Marla Frees is back from her Gateway experience at the Monroe Institute, and she has some powerful adventures to tell us about. Whitley Strieber has also done a Gateway, and they share their descriptions of this powerful program and the ways it changed them. Prepare to be amazed, because remarkable things happened to both of them there. Then Marla interviews Paul Rademacher, President of the Monroe Institue, who tells of his own extraordinary journey into the world of Robert Monroe and his work.

Where does science really stand when it comes to paranormal states? Dean Radin is among the world’s leading experts on science and the paranormal, and in this incredible interview he explains just why psychic states DO have a scientific basis, and what we can do to enable ourselves to use our "psychic" connections–which are actually very well explained by physics. Maybe physicists cannot face this reality, but WE can, so listen carefully as a scientist explains just WHY your psychic powers must exist, and how to detect them in your life. Knowledge like this is profoundly empowering. Dean is senior scientist at the Institute for Noetic Sciences.